Man refuses to pay for sex

It was another ordinary day for Jane Nakijoba, a sex worker plying her trade in the outskirts of Kampala at Kawala trading center, when a client came calling.

The male client identified as one Brian Luutu was looking for someone to fuck and Jane caught his eye so the two got talking.

How much is a shot again?

After a lengthy negotiation, the two reached a deal; Luutu would fork out UGsh17,000 ($5) and in return, Jane would let him fuck her the whole night.

Happy the two set out to get down to business and ‘sexually starved’ Luutu did not disappoint. He would destroy Jane’s wet pussy.

”He fucked me three times the whole night using condoms. In the morning when the time to pay came up he said that he had a 50,000 shillings note ($14) with him so we had to go out and look for change together,” Nakijoba narrated as captured in her statement at the police station.

I want to pay you and I have the money but…

Unbeknown to Nakijoba, Luutu had other plans in mind. When they were about to get to the shops, Luttu suddenly ‘remembered’ he had forgotten his identity card at home and so he asked her to let him go and pick it then come pay her, her dues.

The client is always right so Nakijoba dutifully waited for him by the road.

Also Read: 4 tips to help you negotiate with clients and make a kill

Give me a minute….minute turns into forever

After waiting for some time and realizing that he was not coming back, Nakijoba only had one option. Go to Luutu’s home and demand for her money. She did.

Upon getting there she knocked on the door but there was no response. Instead of coming back with the ID as he had promised, Luutu simply locked himself in the house.

You won’t steal my money….Over my dead body! 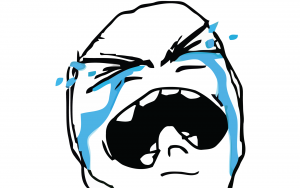 Sensing she was about to lose her hard-earned money Nakijoba wasn’t about to go easy. NO! nobody was going to take her for a ride.

She started screaming her lungs out demanding her money and told anyone who cared to listen that she had been robbed by someone who had gone into hiding in the house and locked himself in.

As the drama played outside his house, Luttu stayed put inside and refused to open the door, not a soul would enter his hiding place where his money was safe for now.

Also Read: {Video} Woman grabs street hawker and begs “I want to kiss you. Kiss the hungry me. I want a fuck”

After failing to flush him out, the good samaritans had only one last foolproof bullet in their arsenal; call the police.

Police to the rescue 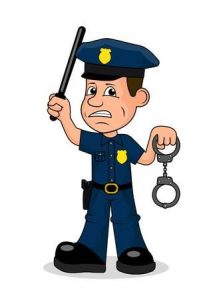 When the police arrived at the ‘crime scene’ they wasted no time. They fired two bullets in the air and Luutu promptly opened the door.

He was summarily handcuffed and taken to Kawala police station.

It was at the station that the police learned that Luutu had failed to pay for sex after fucking Nakijoba the whole night.

In his defense: She wasn’t sweet enough 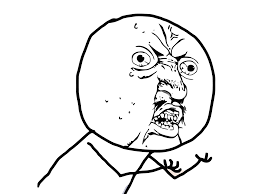 So crazy addicted to good sex are Ugandan woman that some women ‘pull and elongate their labia minora’ to ensure they enjoy sex to the fullest.

But Nakijooba was having none of it and clapped back with one salvo that silenced Luutu.

”If I was not sweet why then did you fuck me three times?” To which Luutu did not respond.

It was an open and shut case and the policemen laughed before ordering Luutu to pay the woman for the service rendered. He paid up like a man and was set free.