In this article, I will share with you habits that nice guys need to stop doing if they want to start winning but first let’s describe a nice guy.

So who is a nice guy?

Traits of a nice guy

Don’t get me wrong, it’s a great thing to be a nice guy unless people take advantage of your ‘niceness’ and abuse it. And especially women. If you have ever wondered why “Bad guys” finish first then this article is for you and worthwhile.

How can you identify a nice guy?

Its not hard to spot a nice guy. Guys who wear their hearts on their sleeves are the biggest suspects. These guys believe that they are good and caring and as such will get very fulfilling relationships in the end. And as a result of their ‘niceness’ love and happiness will come knocking at their doors. 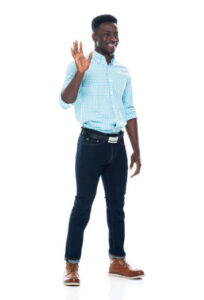 Nice guys also often offer to do things for women and this includes women they know very little or nothing at all about. They will usually go above and beyond for the said woman in an attempt to come across as a nice caring guy. They also typically avoid conflict and confrontation.

Also Read: 10 Things Women Do ONLY for Men They Love

Nice guys also put aside their opinions in order not to offend their woman. They typically seek approval from others and find it very difficult to make tough decisions because at their core they are people pleasers.

Nice guys are emotionally dependent on their partners and they will always be walking on egg shells not to offend their partners.

Want to stop being a nice guy?Habits to stop:

Stop being a people pleaser.

You need to realize that you cannot continue to be a people pleaser and even if you try, you cannot please everyone and be perfect in everyone’s eyes. Neither will you feel great about yourself kissing everyone’s ass all the time,

Being a people’s pleasure will also only attract women who will use you and dump you. You may not see it as being used, but as the only way to get ahead and receive validation. This habit will certainly eat away at your self-esteem.

Stop agreeing with everyone and everything 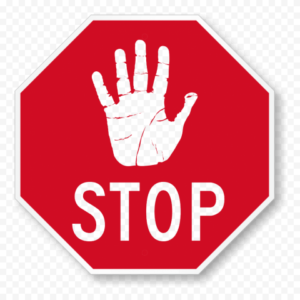 Ever heard of the term Mr Yes man? Nice guys are the perfect example.

Always know that your opinions are valid too. The way you feel about certain things carries weight. You should be able to articulate your position at any point in time without feeling any undue pressure to agree with anything. Do not go with the flow and say yes to everything because you don’t want to offend people, it’s okay to disagree. Disagreement should not be an argument, you can actually agree to disagree and walk away in peace.  When you pick a side; make sure to stick to it.

If you find yourself agreeing with everyone, you probably are undercutting your individuality.

Stop saying yes to everybody.

Learn to say no. When you say no, you free yourself from so many things that will hold you down. You don’t have to be a nice guy to your own detriment. Know how to say no. This applies to every aspect of your life. Always put yourself first. Anyone who appreciates you will learn to take no from you and still be in your life. And anyone who doesn’t then needs to be cut off. Learn to recognize manipulative behavior. If you don’t know how to say no you will be used by even guys.

Also Read: Do not chase a Woman; Pursue a Woman

We allow people to treat us the way they do by giving them the power to get away with it. People treat you badly if you tolerate bad behavior, and people treat you in a certain way if you do not speak up for yourself.

You can actually still be a nice guy, but make sure that when people cross that line with you, you are quick to point it out and let them know that you did not appreciate that. If anything they will respect you even if they don’t say it. You don’t want to be a door mat!

They say Rome wasn’t built in a day and that a journey of a thousand miles begins with a single step so start putting these tips into practice starting today and surely you will start winning.