Do you have a life of your own? And, do you face the consequences of your actions on your own? Yes, the world is unfair, but do you have the strength to rely on yourself? Now you get the picture; takes more to being a man than just having balls, a big dick, and an ego.

From toxic masculinity, body image, and the pressure to sleep around, to facing criminalization, homelessness, and more, men face a myriad of challenges. However, in this jungle called earth, it is well known that the strongest survive whereas the smartest thrive.

Men are expected to make decisions that make them and their community stronger and here are some Nim Notty Laws of Manhood that will help you do just that:

A man never lets others choose and act for him; he acts himself. Men make choices and these choices become actions. Men make moves and men can never be passive.

If you can’t do it, then don’t say it! There’s no room for ‘trying’. Honor your words and there is no other way around it. There is no fine line between flirting and stalking. The line is thick and so is that sexy girl you want to fuck with. Show intent when speaking to that fine woman, say exactly what you want to do, and back your words with your actions, when given the chance.

A man is never afraid of his own desires, however far-fetched they may seem. The desire to have sex or to procreate is part of manhood, embrace it and never be afraid to ask for what you want. 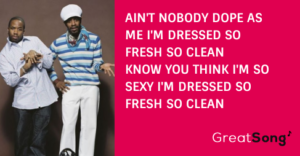 Hygiene doesn’t make you any less of a man. Here’s one Nim Notty secret you probably didn’t know; a woman can forget what clothes you had on when you met but she can never forget how good you smell; it’s a memory that will make her go crazy thinking about you.

Also Read: Dating Tips: 5 ways to grab a woman’s attention without even talking to her (VIDEO)

You are not entitled to anyone to ‘teach them a lesson’. That’s assault and it is a criminal offense. Real Men don’t hit women!  Real Men don’t have to fight to prove a point. 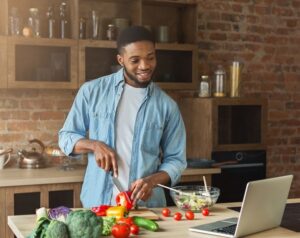 Cooking has nothing to do with gender. Historically, African culture is respected, and this means a woman is mostly tasked with preparing meals for her man and their family, whereas he provides. Modern Africa is different. Cooking skills come in handy and every woman yearns to have a man who can cook as good as she does. If he cooks good, he can eat it better, if you know what I mean.

Nice guys don’t finish last, but simps do. A man stands up for himself and knows when to make boundaries. Women can get manipulative; whether consciously or unconsciously. Never say yes every time a woman asks for a favor. But yes when anyone is in need then never back off.

The world will try to force you to apologize even for things you did not do. DO NOT DO THIS. Apologize when you violate your principles and when you feel you have hurt other people.

Respect is the symbol of manhood. Love and respect everyone irrespective of gender, color, caste, and profession. Never belittle anyone.

Did you know that on average 12 men each day take their own lives, and 31% of men said they would be too embarrassed to seek help for a mental health problem? We know that being male is complex but no one will come to your rescue. Selflessness is the ultimate form of selfishness. Take care of yourself first so you have more to give. Real men hit the gym and meditate daily, wake up early, prepare plans at night for the next day, and practice in front of the mirror.