You are a man and all your life you have only dated women without children simply because it is easier to do so especially when you don’t have kids either. It sounds cool, doesn’t it? The reason most men find it difficult to date a woman who has had a broken relationship in which case children are involved, is to avoid all the drama that comes with baby daddy issues from visitation rights to the financial burden not forgetting any lingering emotional attachment.

Take this scenario where, you have met this gorgeous MILF(Mother I Would Like to Fuck) or WILF (Woman I Would Like to Fuck), and you two have gone on a date. As you smile from ear to ear and are about to seal the deal then boom the ex calls to ask about children out of the blues. If you have been around the corner and dated a few women too many to count then you know just how powerful an ex-lover is to a woman especially one whom he has sired ‘bastards’ with.

Despite the disentanglement of their love, their love never really fades completely and an authoritative bond and for that matter control over her that cannot be easily wished away lurks in the corner. You can see how she humbles herself and drops the hard-to-get or ratchety attitude as soon as she picks his call. That for most men is the greatest source of concern.

Also Read: FWB 101: 9 rules of Friends with Benefits you need to know

It’s a fertile ground for doubt and usually spells doom for the newfound love, woe unto you if you are insecure or have a fertile imagination; you will run crazy imagination all sorts of scenarios and soon you will be bedeviled with questions like, has she really moved on? What if I completely fall for her then, she leaves me high and dry? What if at the peak of your love story she drops the dreaded bombshell that you know “Me and John have decided to give it another try and we have decided to get back together,”. How will you ever recover from that?

Now what you need to know for sure is that it is quite difficult to find a woman with kids, especially school-going age, who’s completely independent and has totally stopped engaging with the baby daddy in matters of children upbringing. However, this is not to say that there aren’t women out there who have completely cut ties with her former lover with whom she has borne children, they exist, the only problem is finding them.

I know reading through this you must be like, “Come on bro just cut it short and tell me how I should date a woman with kids.” Okay, let me cut the chase.

Here we go. For you to be able to surmount the above challenges, there are a few things you probably need to consider before you plunge headfirst into an affair or a date with a woman with children. The order of these aspects is not of importance since they are certainly many ways to skin a rat, and whichever works for you then by all means buckle up and enjoy the ride.

Can you stand the thought of her talking to her baby daddy? 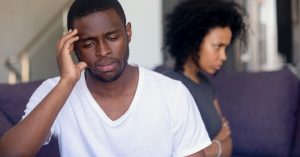 First things first, before you whisper sweet nothing to her and even declare you are ready to die for her love, ask yourself whether you can stand the thought of her talking to her baby daddy.

Avoiding this and going straight ahead to dating her is a recipe for disaster and breeds suspicion and as the saying goes, suspicion is the bane of friendship.

Put your worries to rest by asking her to lay it down for you like a layman about all the rules of engagement that exist between her and the baby daddy from how frequently she bumps into him to the kind of relationship if any that exists. Does he come by and how frequently? Does he enter the house? Do they hug? Does he smile at her at all? The list goes on and on.

Don’t be afraid to sound like an anxious teenager who has just had her first sex and is worried sick she might be pregnant be exhaustively inquisitive, believe me, it will come handy in the long run and you will thank yourself for sorting out that ‘mess’ before things got serious.

While asking these ‘problematic questions’ it goes without saying that you need to be courteous and don’t come out sounding like an hungry short-fused FBI interrogator who suspects the whole world is out to get him. Encourage her to be at ease so that she doesn’t feel hesitant to be transparent with you. Tell her your worries from the onset, especially if your principal objective is to date her for the rest of your life. Now, these questions are useless if your ultimate goal is to just hit and run.

Has she completely moved on or is she biding her time?

Second, seek to know whether she has completely moved on. There are so many relationships out there that have been wrecked by lingering emotional connections with the past.

Ask her what the cause of their breakup and whether she was the cause or he was. In most cases, if the cause of the breakup is squarely on the woman, well I have some bad news for you. Statistics show that in cases where the woman was the one who destroyed her home with her bare hands no sooner does she swallow her pride and realizes her mistake than she dashes back to her former flame on her knees to beg for another chance to right her wrongs especially if her relationships after the breakup hit a snag. Nothing will stand in her way, she will cry a river, roll on the mud like a madwoman, even go as far as blame the devil and when everything fails she will use the kids as bait to get back with the ex. Believe me women are better at comebacks than men. They are Delilahs of this earth so if you come across this type of woman run, run for the hills, my brother.

Also Read: {VIDEO} Common male insecurities that women don’t give a hoot about

Now if it was him who cast them asunder, you stand a chance in filling that void and in not so many words ride on that and for a moment, play the best mangina. Don’t rebuke him directly lest she sees you as criticizing her past choice, but condemn the mistake all the same in the best romantic manner possible but don’t dwell too much on her past.

Are you cool with raising another man’s kids? 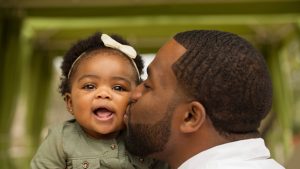 Thirdly before you go down on one knee and propose to her you need to ask yourself; are you cool with kids more so kids that you didn’t sire?

If not then there is no way you will fall in love and groove with a woman whose kids you are apprehensive about. Remember that when she fell off from the previous relationship, be it matrimonial or romantic, her children became the only source of love and hope. Your coming in should be seen as a plus and not a minus. Are you able to fairly play the father figure they desperately need and help her forget her ex? Can you get along with her children and raise them as your own? While mingling and bonding with her kids, always be nice and show a sense of responsibility, ownership, or belonging As the saying goes, “A father requires love, not DNA.”

Last but not least, hobbies. It is more likely that a woman with kids might have switched hobbies in order to accommodate the children. Things like swimming, fishing, skating, movie-watching, sightseeing may have taken over the ratchety ones like late-night clubbing, or weekend pubbing and drinking or hair raising ones like zip-lining and bungee-jumping. Make sure you are available to always accompany them and align your life to their new life without their dad. The more the children enjoy your company the more likely it is that your woman will fall for you head over heels.

(The article was written by P The Narrator.)