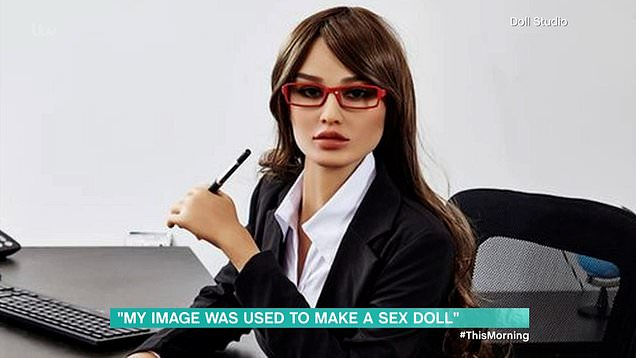 A woman whose image was used to create a life-size sex toy without her permission is seeking legal action and is demanding that the Chinese company behind the creation immediately stop its production and sales.

Yael Cohen Aris, an Israeli Instagram model says the sex toy likeness to her is so accurate it includes a beauty mark she has just below her lip.

Also Read: Men lose their shit after well endowed woman strips and shows off her punani on top of car Even worse is that the sex toy which comes with a detachable head has one of the heads called the “Yael” and has Cohen Aris’s dark hair, facial structure, eyeglasses, and beauty mark.

“It’s not just about a beauty mark and my name, because sex dolls are still just dolls and there is a limit to how much they can look like a human being,” Cohen Aris told ITV’s This Morning show.

“But once it was connected to my identity and image and videos, social media, there is no mistake here.”

To leave no further doubt as to the origin of the item’s design, the sex toy is being promoted online using real-life images of her, she added. 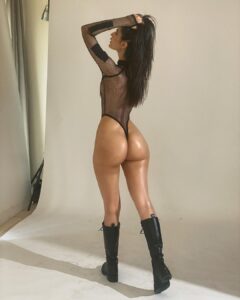 Yael whose photos are irresistible and drives her fans insane so much that Instagram account now has over 1.1 million followers is mad that her privacy was violated. She now wants to “bring a real conversation about our privacy, if we want to share ourselves online.”

“We need to have this conversation about how we can protect our identities,” she said.

It was one of her fans who first alerted her to the sex doll, in 2019, by sending her a link to a forum where there was a discussion about initial work on the toy.

“I don’t have anything against the sex doll industry; the problem here is they did it without my consent, without my knowledge,” she said. “It’s doubly wrong because it’s connected to my identity — it’s not just a doll that looks like me or inspired by me; they never hid the fact it’s developed from me.” 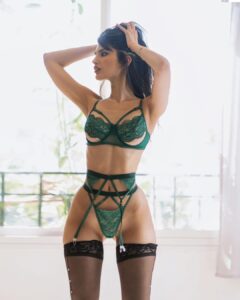 Chinese company Irontech Dolls markets top-level sex dolls that come with an internal skeleton and detachable heads that can be switched. A spokesperson for Irontech Dolls told the UK Daily Mail newspaper that similarities between the doll and Yael are a “coincidence.”

“No, I think first of all it should get off the shelves, and then maybe we could talk about what happened and how things went wrong and why,” she said. “I’m not talking about compensation, I think learning a lesson from this would be the best thing to come out of this story, and this is also what I hope to achieve by raising awareness — that is what I am trying to pursue.

A full Irontech Doll complete with “Yael” head is currently being marketed on websites for over $1,400.