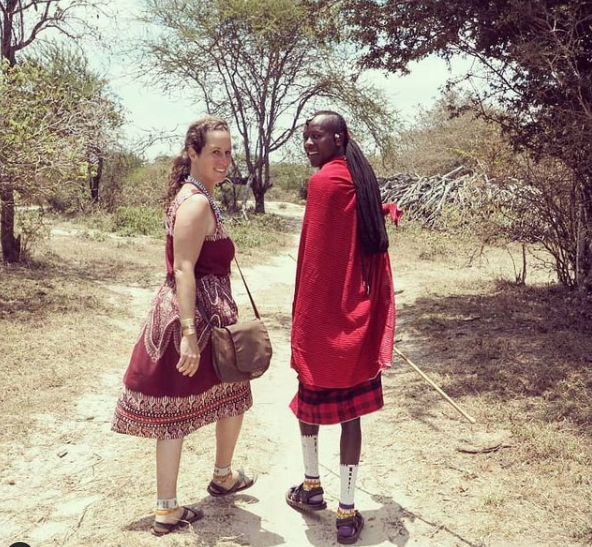 Love wins at the end of the day

They say true love knows no colour, culture, language, class and even race. Well, if there is a love story out there which attest to that then its the story of Stephanie Fuchs and Sokoine.

Stephanie Fuchs is young German woman who is married to Sokoine a Maasai man and the tow have been married for close to a decade now, a period Stephanie describes as pure bliss.

The 34-year-old German woman fell in love head over hells with her husband Sokoine in 2011 during a research camp she had attended in Tanzania.

From the moment she set her eyes on him Stephanie says she was utterly smitten.

“At that moment I saw only him, he was taller than the others and had the most beautiful eyes,” she told the Evening Standard in a past interview.

Lived happily there after…

The couple tied the knot and today have a four-year-old son. So in love is Sokoine that he has disregarded tradition of marrying other women as most Maasai men do. He has also gone out of his way to learn a bit of German way of life to make sure his wife is as comfortable as she can get.

On the other hand, Stephanie is so smitten with her tall Maasai man that she does everything that a Maasai wife is expected to do in her house from fetching firewood, cooking, fetching water and taking care of the homestead. She also knows a thing or two about the Maasai culture, beliefs and traditions

In their nine years of marriage, the two say their union, though filled with rough patches like any other marriage has stood the test of time and brought pure bliss to their lives.