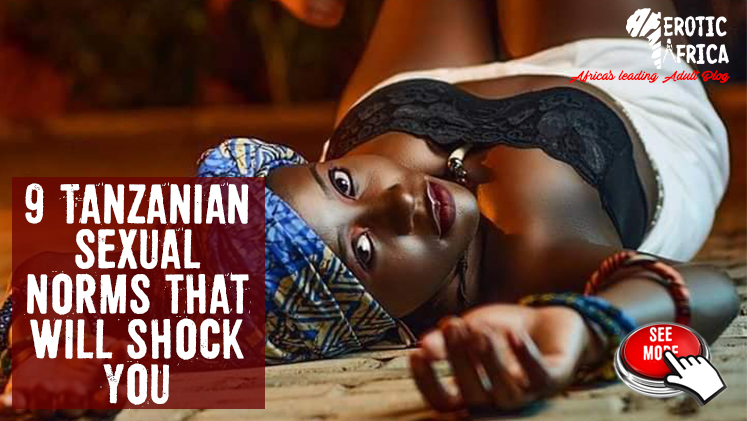 In Tanzania, some tribes allow singles to engage in pre-marital sex as long as the woman remains a virgin. Others parade their half-naked daughters to walk around the village learning how to make love, yet punish them for getting pregnant. For others, it is okay for married women to cheat with younger boys and married men to cheat with their cousins. Here are 9 sexual norms that will drive you crazy:

We have all learned that having safe sex is crucial to protecting you from STDs and HIV/AIDS, but some people still go fooling around and making love without using a condom. Well, people from the Lake zone in Tanzania believe they can have their cake and eat it as they believe that a bottle of Coca Cola is enough to keep STDs and HIV/AIDS at bay.

According to members of this African tribe, you need to drink Coca Cola 30 minutes before sex for the remedy to work.

Caution: Try this at your own risk.

Eat that ass; the pussy is for the husband

There is a rumor that some of the people from Coastal and Island tribes are so strict with marriages that virginity is only preserved for the husband soon after marriage. However, it is not easy for one to date and remain a virgin.

How singles engage in sex without breaking their virginity

My daughter is grown, look at her tits

The Southern Tanzanian tribes including Makonde have this traditional activity that where a girl who has hit puberty and started menstruating has to walk half-nude with a dance parade all over the village or streets while dancing the Sindimba Dance.

The ceremony ended with theory and practical lessons on lovemaking and sex life during youth. However, girls who were found to have lost their virginity got a heavy beating and some hefty punishments for dishonoring their bodies. This tradition is soon fading away due to urbanization. 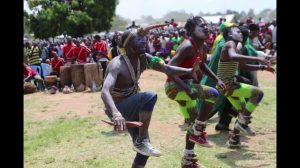 Mdundiko dance is famous for making women from the Zaramo tribe go crazy, too crazy that they leave food burning just for a dance.

They say the dance is too fun that it makes women forget that they were cooking for the husband, and has, as a result, led to many divorces within the community.

This is because the dance lasts for days, maybe a week, and is so magnetic that it causes women to abandon their homes for a dance. This happened in rural and some urban areas where locals value the tradition. 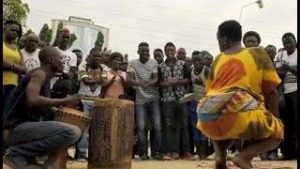 Some women say that the dance is too fun that it makes them forget their houses. Some of the women end up getting laid by their fellow dancers, singers or drummers who make love with many women at once and moving from one village to another, sometimes dancing day and night without a break.

In most Tanzanian and African tribes in general, it is taboo to make love with your relative, but for the members of the Zaramo tribe, it is slightly exceptional among cousins. Yes, you can make love to your cousin as they say, ‘Binamu nyama ya hamu’, meaning cousin is a better/funny meat to eat, which implies that it is okay to fuck a cousin but not marry them.

The tradition dates back to the olden days when some men who were cheats were too scared to do it and ended up liking their cousins in their very earlier stages of adultery.

The practice has been used for generations until recently due to religious beliefs, but those who practice superstition still believe that it helps deal with rejection and bad luck at work and in business.

Read Also: How Tanzanian women show submission to their husbands

A miscarriage is a curse among the Manyara

Among the pastoralist tribes that live near lake Manyara in Arusha and the nearby regions including the Mbulu, Maasai, and others, it is an abomination for a woman to have a miscarriage whether married or not. This can cause them to be excommunicated from the community.

The Nyatulu tribe is said to watch over and look after such women during their time in exile outside the village, “protecting” her at night until the curse goes away.

When a member of the Nyantulu or any other tribe is asked to ‘protect’ the woman, they mean making her pregnant and ensuring she gives birth to a child. Such ‘protectors’ get awarded with 2-3 cows and when the woman returns with the baby, celebrations are held and a goat is slaughtered to symbolize that the curse is gone. The child is counted as a member of the father’s tribe.

When these pastoral tribes wanted to extend their communities, or if an elder wanted to make love or impregnate a married woman, he would visit her house and place an arrow in front of the house in her husband’s absence, and then get inside to make love to the wife.

In the same manner, when a husband needs the younger blood of a hardworking man in his family, he just asks the boy to make love to his wife by giving him his bags (mostly is his animal skin cloth, shield, and arrow). The husband may brief the wife or just tell her that he’s traveling for a long journey to the forest, especially during her ovulation days.

When the husband wants to return, he does not go directly to the house. He goes to the local bar or another place to drink and then send a messenger to notify the village (or his house) that he’s back. This explains why among the pastoralist tribes, there is no such thing as getting busted.

If you got it for free, why deny yourself?

In southern Tanzania, the Ngoni tribe is a very popular and powerful tribe that has men and women who cheat a lot. They are on top of the list as having the most affairs whether married or not. They have this silly Swahili saying, “Kama umepewa bure, kwanini ujinyime?” translated to mean, “If you got it free, why deny yourself?”

Whether a man or a woman, they can cheat with up to 5 or more partners and it is okay. They love sex too much that when a couple is engaged to get married, the man cannot go to see the woman in her house alone. The woman is also given a friend so the couple won’t sneak out.

Most has been said that people with origin from the area love glamorous lives of entertainment, leisure, and the high life. These people include the Haya, some parts of Uganda, Rwanda, and Burundi. They have the hottest women who know how to make love and one is counted lucky if they marry from these tribes. However, these people are also said to cheat easily with people from their tribe. Some people consider them sex addicts, while others make love with you only when they feel like.