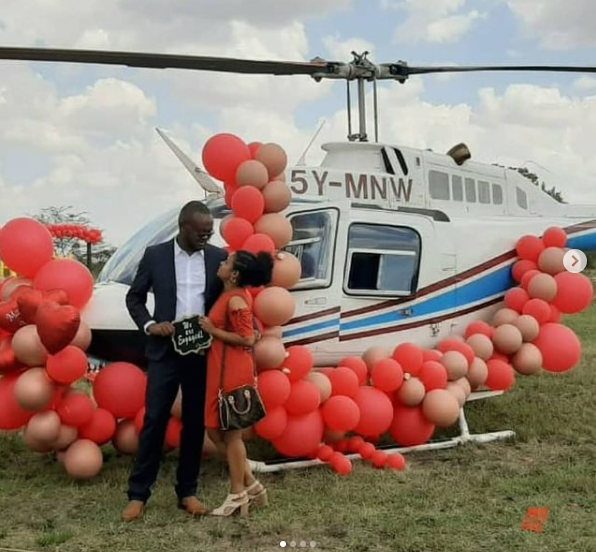 They say love makes you do crazy things and history is replete with tales of men and women going all out in the name of love. Well, a city man is the latest addition to the list of people going all grand because of love.

The man identified as Eric Nyenze has left many netizens talking after he hired a chopper to propose to his girlfriend.

News of his feat surfaced online after Holy Dave, a local Kenyan celebrity posted the photos on his Instagram account heaping congratulatory message to the man.

With such a gravity defying feat the lady had no problem saying yes. Photos of her blushing and her finger clad in the ring captured her emotion.

Meanwhile as the two lovebirds look forward to starting their lives, a 12-year-old girl who had been forcefully married off to a 28-year-old man has been rescued. The young girl was rescued by her 14-year-old sister in-law at their home in Lpartuk village in Samburu central sub county.