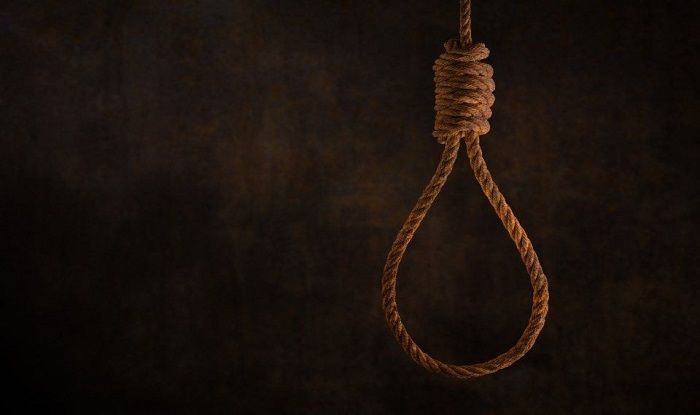 Man hangs self over sex

Grief befell residents of Kapyang village in Eastern Uganda district of Bugiri District after one of the residents committed suicide.

The body of Gregory Egesa,49, was found hanging from a rope in his house.

He was sexually starved

According to a missive and neighbors who knew the late Egesa, he was driven to the act after being denied sex by his wife several times. To make it worse he had no money to buy sex from Kampala escorts.

Also Read: “I will never break up with a man for cheating! Sexy socialite shouts

His wife no longer allowed him to play sex

According to one of his close friends, Apollo Ouma, Egesa had confided to him before he took his life that his 45 yr old wife Stella Nabirye no longer allowed him to play sex with her. This is because she had heard from noisy neighbors that he once in a while buy sex in Bugiri town when he has money.

”He confessed that when he had money which he got from selling his piece of land he used to buy sex from sex workers but now that the money is over he no longer buys them,” said Ouma.

Broke and suffering from blue balls he ended it

Ouma said that since he had no money to buy sex workers, he was sexually starving yet his wife continued to deny him his conjugal rights leaving him with massive blue balls.

Bugiri Police came and took the body for postmortem in Bugiri Main Hospital.

The district police commander of Bugiri, Jeff Ssebuyungo confirmed the incident and appealed to the residents to always report their grievances to the authorities or elders before making decisions.

One thought on “Blue balls drives man to commit suicide, hangs himself”