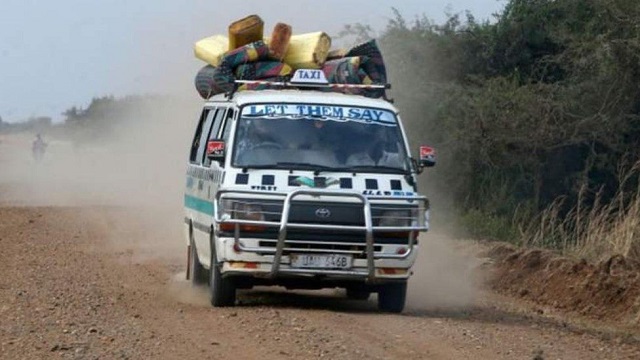 Sex in a moving car

A drunk couple has left many people shocked to the core after they started having sex in a moving taxi at the heart of Kampala.

According to one of the eye witnesses, Alfonse Ouma, who was also a passenger in the taxi where the drunk couple had sex, no one suspected a thing at first and the taxi was moving from Kampala to Luwero at around 8.30 pm.

The taxi was half empty

Due to COVID-19 restrictions, the 14 seater taxi now usually just carries 7 passengers so on each row sits only two passengers.

Ouma says the couple entered the taxi first and occupied the back seats. The taxi then moved on picking more passengers along the way.

”Half way through the journey we got surprised when we realized that the couple in the back seats were playing sex.” said Ouma.

At first no one suspected something was fishy going on at the back but the woman started moaning and screaming. At first it was low but  it got louder and louder as she started to enjoy the sex.

Also Read: Why making love with a tipsy woman is the best coital for a sexually thirsty man

When the driver switched on the lights in the taxi to find out what was going on that is when the passengers and the driver saw the couple entangled into sex.

”The driver immediately stopped the taxi and we all collectively pushed the couple out of the taxi.” said Ouma.

Drunk as a skunk

It was at this point that they all realized that the man and woman were very drunk because they smelt alcohol and the woman staggered and fell down immediately she was pushed out of the taxi.

No sooner had they taken off leaving the couple behind than they saw the woman’s knicker under the seat.