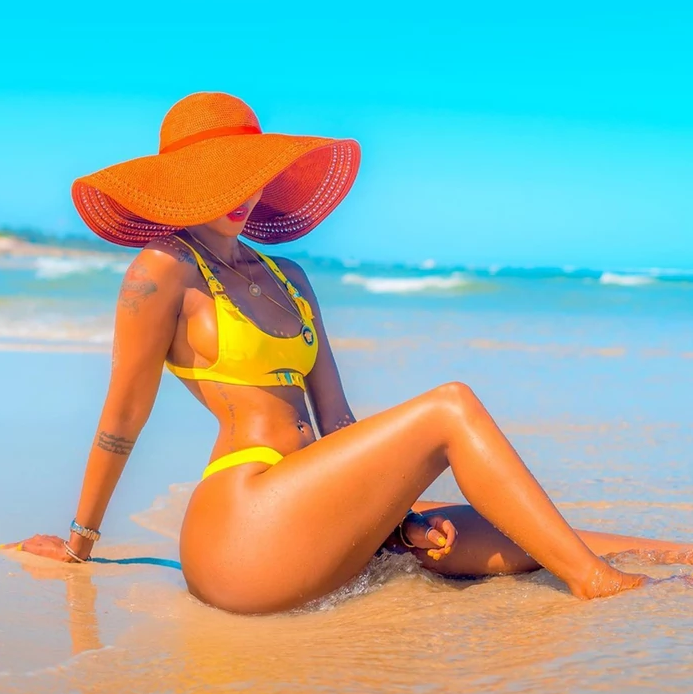 A cheating man is better than a broke man

Kenyan controversial socialite Huddah Monroe has proclaimed she would never leave a man for cheating.

Taking to her Insta-stories, the slim beauty announced to all and sundry that the only people she doesn’t entertain in her life are broke and stingy men.

“I will never break up with a man for cheating! LOL! Stingy, yes, I’m done. Day 1! Bye! Bye was nice to meet you” stated Huddah Monroe.

Men have No Fuckin Type

In another post, the Huddah Cosmetics Boss with over 2 million Instagram followers, while reacting to a post that men tend to cheat on good women with girls that are way below their league, said men are humans too.

“LOL! She is Human too! High time women wake up, men have No Fuckin Type. To a man every woman is beautiful, in her own way! Rich, poor, young, old calm your titties!”.

Also Read: Wolper is a serial cheater who wanted to sleep with Diamond – Harmonize

Over my dead body

In February this year, the lass who is not afraid to speak her mind said she will be caught dead carrying a broke man’s child, no matter the circumstances.

“Deez niggaz can only afford weed and d*** and y’all having babies for dem? I’d abort that child with my pinkie! No cap! F*** ya opinion!i’m not about to bring an idiot into this world knowingly! God Forbid! I don’t mind people being broke. I’ve been there and I don’t mind having broke friends. I hate when broke people act rich. Nigga act your wage” said Huddah.

Also Read: EscortsHacks: How to have the perfect incall session with a client