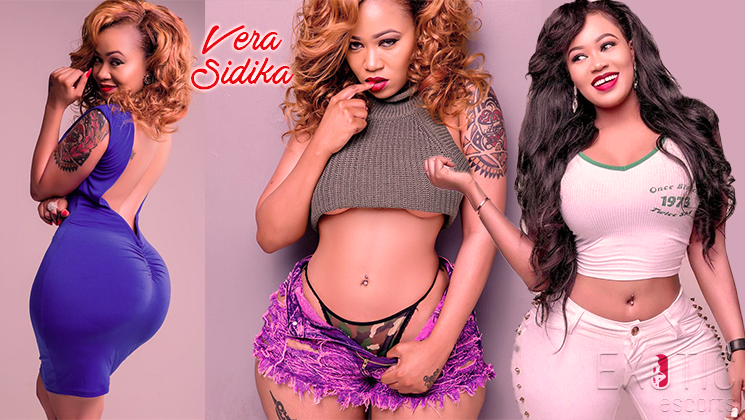 Who the fuck is Vera Sidika?

Hate her or love her but she will not melt away any time soon. She drives men and women equally crazy with her big butt and sassy attitude.

Vera Sidika or queenveebosset as she likes to refer to herself is one of Kenya’s famous socialites whose name is always on everyone’s lips. Is she another high end prostitute you can fuck today or just a girl fending for herself by any means necessary is a debate for another day.

What is factual though is she came to fame after she appeared in the 2012 video the P-Unit banger ‘You Guy’ as a video vixen. You can say fame got into her head or she simply saw an opportunity and seized it. Shortly after the song was released Vera, who then was pursuing Bachelor’s Degree in Fine Arts at Kenyatta University dropped out to make easy money by focusing on being the socialite she is today.

Since then she has reinvented herself and today prides herself as a businesswoman, musician, TV host and club host.

That said, here are 5 fucks about Vera Sidika.

When I-wayne sang “One man can’t satisfy her, She needs more wood for da fire. Sex price getting higher, ah more money she require, House, car, and land she desire” he must have had Vera Sidika in mind.

“My body is my business and it is a money-maker,” she once admitted to then NTV host Larry Mdowo, claiming she has spent millions on her body.

How can I put this gently? The woman is a sex addict and has a ‘school’ of men she keeps dropping like hot potato. By now the men she has publicly been linked with and those rumored to have had an affair with her can make a full football team.

Her latest ‘failed male project’ is Tanzanian hunk Jimmy Chansa. The two dated for seven months before she called it quits claiming he was toxic. Before Chansa a dozen men from Yommy Johnson to Otile Brown have dated and dumped or got dumped by the sassy socialite.

She kisses and tell

‘What happens in Vegas remains in Vegas’ sounds like good advice but not to Vera. Noo she can’t keep her lips sealed and has a nasty habit of hitting below the belt.

In 2018,Vera blasted her former bae Otile Brown, and told the whole world that he has a tiny member. In the myriad of Instagram stories, she went ahead and divulged he was a one minute man who didn’t know how to satisfy her in bed.

Also Read: “I will never break up with a man for cheating! Sexy socialite shouts

On her part, Otile Brown branded Vera a sex addict who wanted nothing else but sex when they were together.

She’s has 1.9 million followers but only follows 6 people

Heading to the grocery store …need anything? 😝 🍆🍑💦

The bootylicious socialite who was born and raised in Mombasa commands a huge following on social media. Men and women can’t get enough of her and daily drool at her every photo and post, something the lass has exploited with abandon.

As of September 2020, her Instagram page had close to 2 million followers. She follows 6 other people and in real life claims that she only has three friends and they are not celebrities. 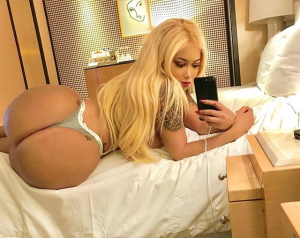 Thanks to her big butt and big boobs Vera is usually compared to Kim Kardashian. Apart from their body parts the two have a few similarities. Both have twerking videos and command a huge fan base on social media. Just like Kim, Vera too loves going under the knife and changes her looks and body like she does clothes.

Also Read: How to tell if she has a fake butt

She says she has only had one plastic surgery done to enlarge her breasts which cost her an arm and a leg.

“I have had boob surgery before, years ago in Beverly Hills, California. I paid a lot for the procedure. Yes, it’s more expensive but worth it because you get qualified and certified surgeons with over 20 years’ experience,” she told The Nairobian.

She has also tried her hand in media and was one of the cast in Nairobi Diaries, a Reality TV show as well as co-host  “Hello Mr. Right” alongside comedian Dr Ofweneke.

For a girl who says she lost her virginity at 20 and she thinks it was late, she’s clearly making a name for herself out there.

She swims in money 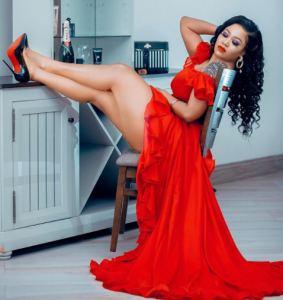 Give credit where it’s due. Whether it’s her money or not the girl with the big butt is certainly not that dense. She got a few things going out for her and so far looks like she is making the best out of them.

‘I am a model, I am an entrepreneur, I have a hair lounge so I sell weaves and wigs. I am also an artist, I draw but not as much. I am an interior designer and I also do a little bit of farming.” she said at a past interview with Tanzania’s Kwanza TV.

”I do poultry farming, I rear chicken which I supply to different hotels in Kenya.” the socialite added.

While her true worth is not clear she is rolling in money going by her moves and posts. The socialite owns a number of expensive cars, jewelry, designer watches, wigs and has a few properties under her name among them a beauty parlor, spa, slimming tea product.

She is reported to own a BMW X5 that is estimated to have a buying price of not less than Ksh6.5 million as well as a black and white Range Rover sports car that set her back Ksh8 million. The fuel guzzler is powered by a 3.6L V8 diesel engine. She also rocks a Rolex watch estimated to costs a whooping Ksh8.2M.

Apart from designer bags, shoes and weaves, Vera also has a few enviable properties across the country.  All in all Vera sidika is not poor at the end of the day.