Once a Cheater, Always a Cheater!

So why do women cheat? Some cheat to avoid boredom, others cheat because they feel neglected. Still, some say they cheat just because they want to.

Being cheated on feels pretty awful. If you’ve been cheated on before the common ground is that it’s wrong. Psychoanalyst and writer Esther Perel cites an increase of 40% in unfaithful women since the 90s, while men’s statistics have stayed just about the same.

It’s about time someone came to man’s rescue. From extensive Nim Notty research, when she’s about to cheat, she does these six things:

Also Read: How to catch your cheating spouse

Unavailable with No Good Reason

You begin to realize a trend but you keep ignoring it. Of course, it’s not healthy to show that you doubt your partner, but the pattern of unavailability over a period of time is a major red flag. In a relationship, people who are genuinely in love find making time, for their partners, a priority. Here’s some hard truth: If she keeps dodging plans and giving lame excuses, there’s always some other man who’s occupying her time, as you keep simping.

Constant mentioning of this ‘new friend’

Get this right- making new friends is healthy. We all meet new people with similar ideologies and hobbies. This only becomes a problem when your girl seems to not have time for you anymore. You’ve already made it clear to her that you are not comfortable with her hanging out with this new friend but it seems she doesn’t really take it seriously. She gets defensive about him and is not willing to let him go, well that’s the fuckening right there. She is about to cheat! That’s if she hasn’t already done it.

No Calls Will be answered when she is around certain people

At best, her response will be, “I’ll call you back”. Dude! She doesn’t even take time to listen to what you have to say! That’s quite disrespectful. Let’s assume that the guy she is with, at the time, leaves her presence, you’d expect her to call you immediately, right? But, that’s not the case Mr. Simpson, she waits till she is dropped home and that’s when she finds it suitable to call you. If this becomes a trend, you had better find a woman that respects you, King.

She is using someone else’s personal items

You’ve been told about this new friend, Tim. Probably you’ve met. Now picture yourself on a random visit to her place and you find her wearing Tim’s hoodie. On top of that, she also has this phone you’ve never seen before and her lame-ass excuse is that Tim bought a new phone so he let her have his old phone. It doesn’t even feel real typing that sentence. She is already in a new relationship and clearly doesn’t respect you. 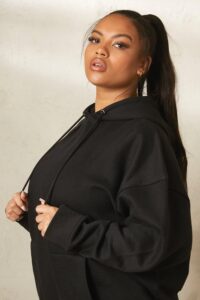 She won’t compromise for your relationship

The only reason your woman will continue seeing someone who’s clearly more than a pain in the ass is because she does not see a future with you. For a peaceful and loving relationship with you, she must be willing to sacrifice this so-called ‘friendship’. If she threatens you with a breakup for just mentioning this guy’s name, what more reason do you need? Dump her, she belongs to the streets.

It’s all about Deception at this point. Once she becomes a master of deception, she won’t stop. You should ask yourself lots of questions once she starts getting shady.

Most Men just don’t want to think that women are just as sexual and just as interested in having sex with multiple partners, or that they get bored with marital sex.