Sex makes the world go round

If there’s a time Africans come together, its when there’s a leaked sex tape or nudes that are trending online. The two unite Africans more than the 2010 FIFA WORLD CUP did.

Today we do a recap of African celebrities and prominent people who brought the internet to a standstill after their bedroom escapades/sex scandals went viral.
Here are the top five Africans who trended for the wrong reasons; 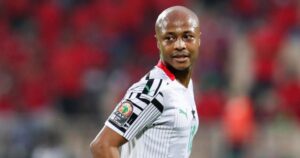 Current Black Stars skipper, Andre Ayew, was once accused of having an illicit affair with French singer Shay.

According to a french tabloid, the singer posted on her Instagram page a private conversation she had with Andre Ayew, where she was negotiating with the
Ghanaian footballer to have sex for car and money.

Shay seemingly did that out of humour, but she was criticised and she quickly took
her post down, however, screenshot of the messages had already been taken.
The French singer who is the author of ‘Thibaut Courtois’ in honour of Real Madrid
goalie had her music career take a nosedive after her private chat with Andre Ayew
was made public. 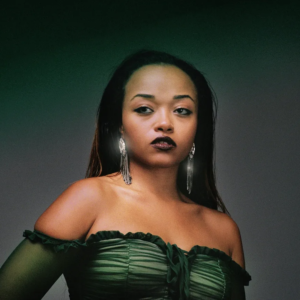 However, the Ayew family spokesperson of the, Fiifi Tackie, in an interview with
footballmadeinghana.com rubbished those allegations and insisted that it’s not true.

“The news is fake, is not true. People are just putting things in the news just to
tarnish the image of Andre Ayew,” Tackie told footballmadeinghana.com.

“People should treat the news with contempt because there is no iota of truth in it, if they persist we will take action against the French website,” 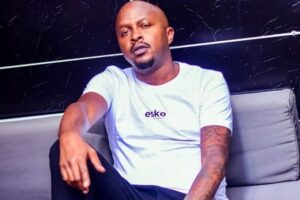 This one was enormous. The fact that the DJ’s performance was videotaped makes it the largest sex scandal to ever rock the Kenyan entertainment industry.
In the five minutes clip, the DJ is clearly seen engaging in a romp with a mystery
female who was later identified as Halima Nassir.

According to reports the video was shot way back in 2011 and had been around to different outlets before being leaked. The leaked sex tape was in Halima’s laptop, which disappeared mysteriously alongside other electronic gadgets in her possession. One version of the story has it that it was her friend who stole the laptop before the tape was leaked. Another version has it that cyber criminals hacked into the ‘couple’s’ private e-mail on the laptop.

DJ crème went ahead and narrated how Con artistes demanded Sh2 million and
threatened to release the sex tape.

“Some con artistes called me up and informed me that they had incriminating
information about me. They said they wanted to negotiate after which they said they wanted me to give them Sh2 million. I was like: ‘Sh2 million for what?’ That is when they threatened to release the tape,” He said.

The Kenyan entertainer stripped down his big ego and apologized for the sex tape.

Taking to his twitter account, DJ Crème clarified that the undated video was
recorded during his “carefree and reckless” life before he got married. In a series of tweets, DJ Crème said;

“My past, carefree and reckless, has come to the light. The manner in which it did is unfortunate.”

“My guilt is beyond doubt. My shame is enormous. I admit my wrong and take full
responsibility for it,” he tweeted.

“A lot of harsh words, a barrage of jokes, but at the same time a flurry of
encouraging communication from my fans, friends, colleagues and family. All is
noted, appreciated and taken to heart. I shall reflect.”

“To my family, I truly I am sorry. You are my rock, the foundation upon which I find
strength. I apologize for bringing shame to our trust your names, persons’ and
legacy. I humbly seek your forgiveness, your grace and mercy. Please forgive me.
Thank you for holding my hand in my time of failure. You have always been and will
always be my no 1 fans and for that I am grateful and will eternally be.”

The Dj, who is still a household name in the Kenyan entertainment, is married to his long time partner Denise and together have two kids namely, Jamari and Zawadi. 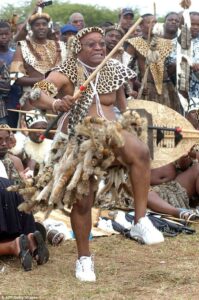 Former South African President Jacob Zuma was in the hot seat and the dock in 2005 when an allegation of rape was laid against him.

Zuma was accused of raping a woman who was a guest at his house. The scandal went from bad to worse when it emerged that Zuma was aware that his accuser was HIV-positive.

During the trial, Zuma admitted to having unprotected sex with the accuser, but claimed he took a shower afterwards to cut the risk of contracting HIV. The comments sent the media into a frenzy, inspiring cartoonist Zapiro’s iconic yet infamous shower head depiction, that has accompanied the president in the social commentator’s cartoons ever since.

Zuma was found not guilty of rape by the court in May 2006. A year later his accuser was granted asylum in the Netherlands. 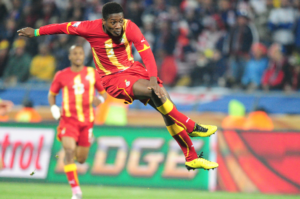 Former Ghanaian skipper, Asamoah Gyan at one time in 2015 found himself in murky waters after allegations emerged that he had slept with Sarah Kwabla, who was 22 years old by then.

Sarah claimed she secretly recorded Gyan chopping her down—but that was not all, she then came up with a list of demands after learning she is pregnant. The demands ranged from Asamoah Gyan getting her a neatly furnished apartment, a housemaid and monthly stipend of $1,000 for the postnatal care.

Gyan, however, requested for a paternity test to confirm whether he [Gyan] was
indeed the father to the child. However, as fate would have it, an audio recording sufficed where sarah was clearly heard admitting that Musician Ekow Micah was responsible for her pregnancy.

Ms Sarah Kwablah was sued together with Osarfo Anthony (Arts/Entertainment
Writer), Chris Handler (Blogger) and Ekow Micah and were arrested, charged with
conspiracy to extort money and arraigned before court. 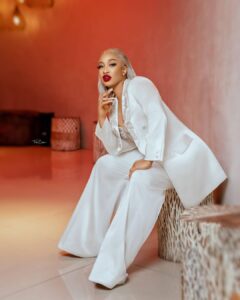 In a leaked tape, Prince was heard bragging about his sexual prowess and how the IG influencer was able to match up to his energy. According to him, the two were having sex even after her marriage.

Days prior to the leaked audiotape, Dikeh and Janemena had been involved in an
online altercation where Janemena was forced to file a suit against the movie star
over her perceived malicious and damaging comments.

(This article was written by Stigg Muh Nene)