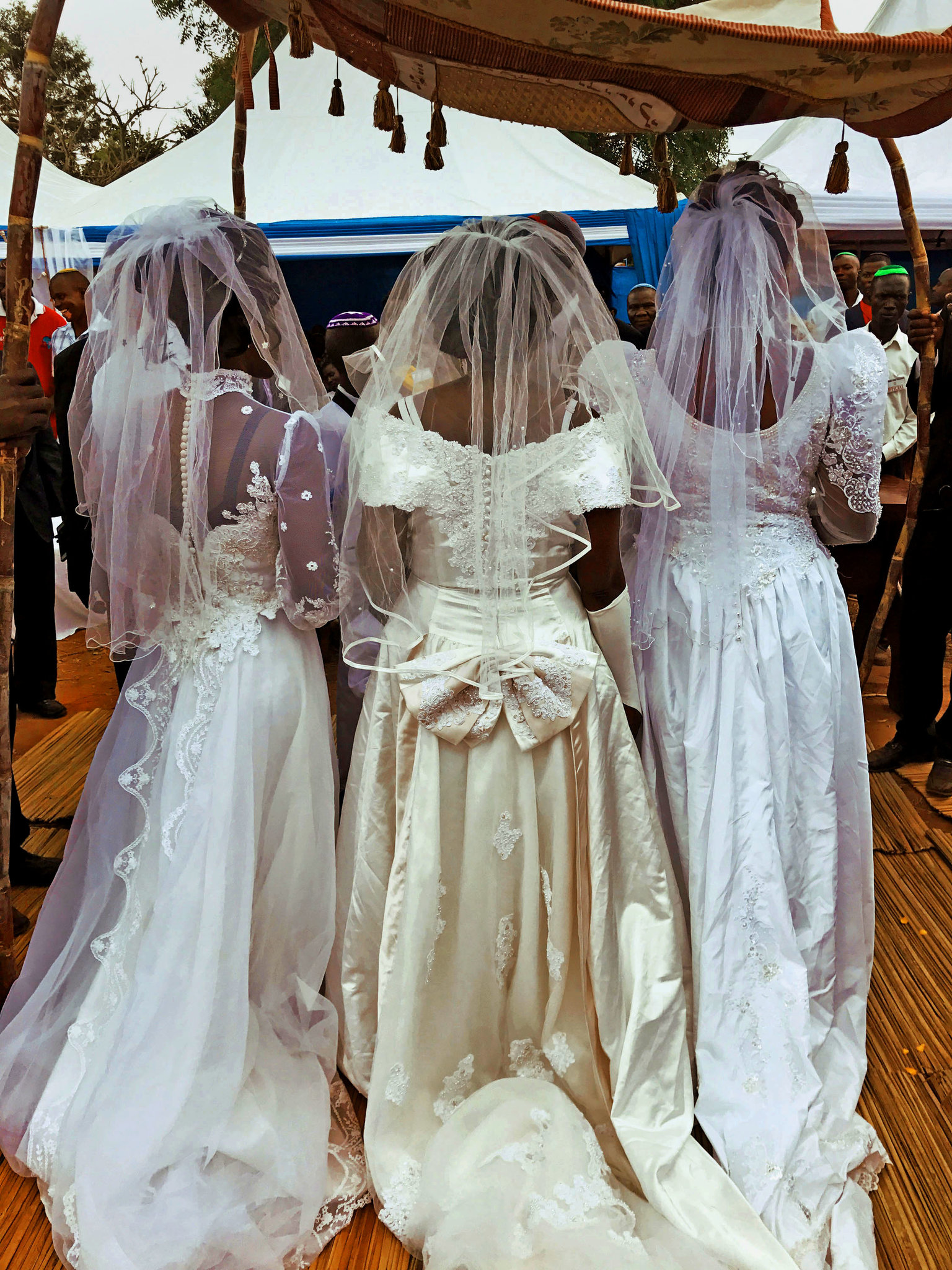 A wedding party ended in disarray after the wife of the bridegroom stormed in and walked naked into the hall where a wedding party was being held.

The incident took place in central Uganda district of Rakai in Kayabwe village.

According to the village local council chairman, Edward Lumbuye, one of the members of the village, Stanley Mukasa, was tying the know with a new woman he got recently at the village Church.

Also Read: List of beautiful women who have had sex with Donald Trump

Mukasa had reportedly told the priest that he had officially separated from his first wife with whom he had stayed for five years and had borne him two children.

“He lied that he had separated with the woman yet he had taken her to his other recently constructed home located some 30 kilometers away.” Lumbuye said.

After convincing the priest that he had no other wife, he was given the green light to wed another the new woman. Things, however, didn’t go as planned and as the ceremony took place in the Church one of the villagers who is a friend to his first wife called her and told her what was taking place.

Also Read: The fuck! Wife clobbers man for not fucking her good

When they were at a wedding party in the Church hall the first wife walked in totally naked to the shock of the husband, bride and guests.

The guests scampered out of the hall in disarray. Some of those who did not know her thought that they had been attacked by a mad woman.

The first wife reportedly shouted as she slapped her private parts saying,

”What does that woman have which I do not have?”

The bride and flower girls fled as the husband tried to cool her down. Police were called and she was arrested and taken to the police post where she was given clothes to wear.