Do you look good and are sexually appealing?

Why should you remain destitute? There are people who will give you everything just to have you.

Have you ever wondered why some people just succeed in life without putting in so much effort in whatever it is that they call their source of livelihood? The secret to their effortless success is that they discovered how to apply sex to break through hurdles with ease. Literal breakthrough. Everyone has erogenous organs, and how each applies them in solving problems in life is none of anyone’s business.

You see, people are endowed differently, there are those who use their physical abilities, for instance, sportsmen such as boxers and athletes to earn a living, others like motivational speakers use their mouths to inspire people in return for a token, and others use their bodily attractiveness on the runway to make money from admirers.

What people don’t know is that being physically attractive has several connotations, one of which is sexual appeal. It makes no sense at all to receive praises and recognition if all that doesn’t transform into some sort of opportunity that can churn out money. That sex is a powerful tool for success, goes without saying. Sex is like politics. It attracts money. One author, Lili St. Cyr, aptly asked, “Sex is currency. What’s the use of being beautiful if you can’t profit from it?” Now, the cumulative meaning of sex appeal is the ability to dispense sex satisfactorily or the ability to indiscriminately attract people towards thinking erotically any time they spot you.

We all have to agree that in all talents and gifts, brains and more so reasoning has to be put to use. That is how those with prowess in sex, skilfully and wittily apply sex to succeed in life. Women who acquired the tag, “socialite” have shown us that indeed sex brings forth a financial windfall. Among those whose names notably went global are Jackie O, and Paris Hilton. This is what Nymag.com, a blog about celebrity lifestyle, wrote about these two:

“The socialite every socialite not so secretly wants to be, and the twentieth century’s greatest fashion icon, bar none.” What’s more, “she made it socially acceptable—even enviable— to marry a Greek billionaire.” 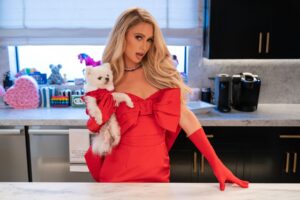 “As much as it pained some of our experts to say this (one crossed her name out altogether), Paris “belongs high up on this list because of the immense success she has had in parlaying minor, ‘Page Six’– and porno-fueled notoriety into an inexorable global celebrity. Like all socialites, this woman is a self-marketing genius, but on a much larger playing field.”

Look at the two, and you will discover that their success is sexually driven. Who cares what they used to ascend to the high social echelons? The essence is that they are wealthy individuals. This is not to say that it is only women who use sex as a tool to advance financially, even men do. Some of the globally famous male socialites include Nick Cannon, synonymous with dating older richer women, an example being Mariah Carey, and getting television gigs courtesy of this.

If your potential is sex, someone is ready to grant you an opportunity in exchange for sex. Cougars look for sex in young virile men, and are always ready to make them heir apparent. Napoleon Hill says, “Sex desire is the most powerful of human desires. When driven by this desire, both men and women develop keenness of imagination, courage, will-power, persistence, and creative ability unknown to them at other times.”

Sexual appeal and the energy therein is transmutable. Sex creates a glow and an aspect of feeling high without consuming stimulants. People have always a high affinity for people with a high sense of happiness. Napoleon Hill continues, “ the men who have achieved great fortunes and achieved outstanding recognition in literature, art, industry, architecture, and other professions were motivated by the influence of a woman.”

Also Read: Why You Should Actually Buy Sex Rather Than Get It Online For Free