What the fuck is Kameeza money

“Kameeza money” is a home care allowance in form of money usually given to a wife by her husband for daily expenditure.

In Uganda, the culture of Kameeza money is common place and typical Ugandan husbands usually leave some money to their women in the morning before they go to work.

Humans are creatures of habit and routine and Ugandan woman have since grown accustomed to receiving the Kameeza money.

Should you give out Kameeza money?

Over the years the culture of Kameeza money has refused to die and occasionally stirs up debate on whether men should stop giving out the Kameeza money. 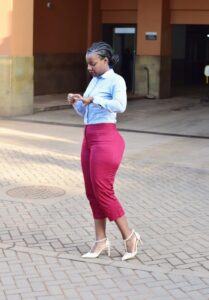 “Our (Ugandan) women love transport money, kameza money (money on the table). If you do not have money please do not come here. You will not manage.” she said in a video.

“When dating a Ugandan woman, you have to pay for everything. Don’t come here looking for women. They are very expensive.”

Mbabazi is not, however, the first Ugandan who has stirred debate about kameza money.  Next Radio presenter Martha Byoga a.k.a Maritza Mama KLA also sparked off a fire on the internet after saying that she needs Shs1m as kameeza money.

“For me, kameeza money…I think upwards of one million shillings on a daily because if you have to keep me in the house, you’re paying for my presence,” Maritza partly said during a short visual interview with a local website.

“I am good for the atmosphere, there is a fee for that. There’s maintenance I need to look good in your house,” the Next Morning Switch presenter added.

So if you are a foreigner and want to fuck hot Ugandan women and marry one this is for you. 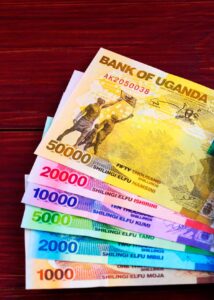 Economic situation of the day such as inflation and pandemics such as Covid-19 do also affect the amount of the amount of home care allowance. In April this year, hundreds of women in Uganda hit the streets of Kampala to demonstrate against kameeza money and being starved sexually by their husbands.

“They leave very small amount of money to their wives to use everyday as they go to work.” said Elizabeth Nyamugasha, the chairperson of Uganda married women’s association

Lastly the practice of kameeza money is also not so common in middle class families and well to do couples who both husband and wife are working. The practice is not dying anytime soon though in poor households where the husband is the bread winner.

What do you think about the culture of Kameeza money? Here is what Ugandans think.