Life is never the same after you start having sex. Ladies, here’s one of Nim Notty’s quotes: Once you bend your back, you never go back. Sex is like money, only too much is enough.

For a woman, losing virginity is the beginning of a new life; lots of health benefits as well as the never-ending bliss that’s in store.

After sex effects in females

Mind-blowing orgasms have a direct impact on the glow on her face. She begins to feel like the world is a better place. The happy hormone, known as oxytocin makes her more cheerful during and after sex. Women release more oxytocin than men and that’s why her friends notice the glow instantly.

Also Read: How to tell if she is Faking an Orgasm, and Why

Did you know that breasts can actually grow 25% bigger during sex? Well, now you do. The size and firmness depend on how turned-on she is. The excitement leads to a lot of activity in the blood vessels and this makes the breasts swell up.

Before losing virginity, the vagina seems dull and inactive. It gains experience through frequent sex and with time the clit swells and the uterus rises a bit when in the mood for sex.

The mandingo makes her adjust to his size. Whenever she gets aroused enough, the lips of the vagina open up to welcome the big poppa. That’s why having sex frequently can make penetration more comfortable.

No matter how much she masturbates and gets wet, the wetness will never be the same as that caused by arousal from a man. The feeling varies over a lifetime depending on emotional state and menstrual cycle.

Please don’t fret. It’s not a pregnancy alarm. This is just a way of your body telling you that it is going through changes. Your hormones are now active, keep calm.

The coochie could get itchy at some point. This is natural and could have been caused by all the friction from the jackhammer banging you just had. Pubic hair can cause a kind of rug burn when rubbing against another body, bringing out skin irritations and rashes. 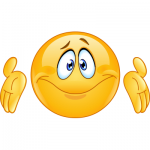 The sex smell is usually not a big deal unless it becomes persistent. The groin is similar to the armpit in that it has a high concentration of sweat glands, meaning that it’s likely to get pretty sweaty down there during sex.

In those first moments after you’ve been intimate with someone, you’re probably feeling pretty good. With so much happening and the fact you’re probably tired, it’s no surprise you’re not focussing on what’s going on with your body. From the Nim Notty list of changes that could take place in your body, hope you learn to keep calm and relive the moment.