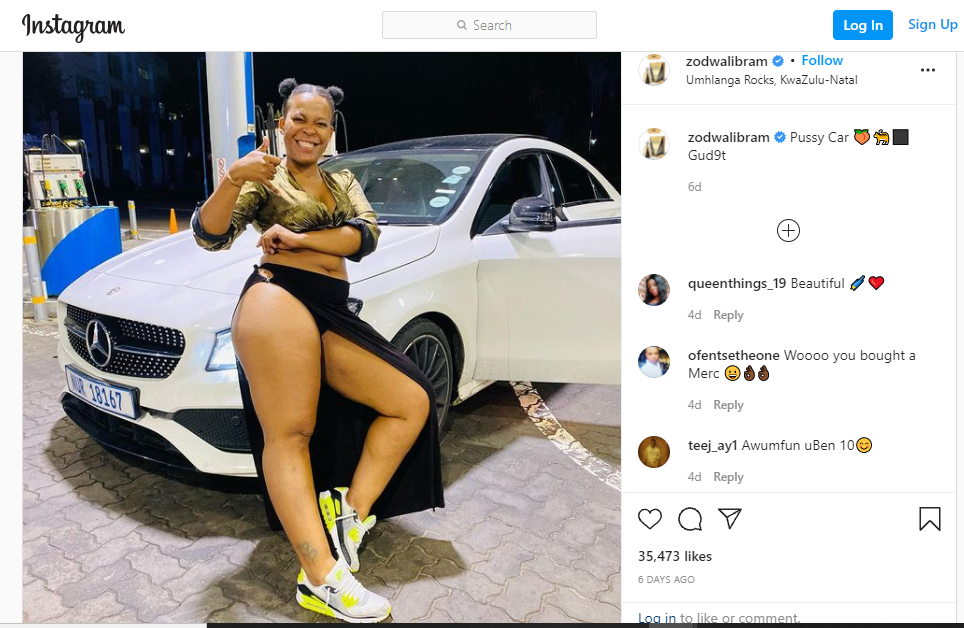 Zodwa wabantu is no stranger to controversy. The South African socialite and dancer whose real name is Zodwa Rebecca Libram has set tongues wagging again.

In a video shared online, titled Zodwa’s pussy car brothers, the star is seen stepping out of a sleek white Mercedes-Benz and openly confesses she got the car through her pussy.

Use your pussy well 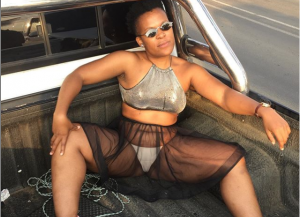 She goes on to address people who engage in transactional sex for favours commonly referred to as Ben 10s to use their bodies to acquire valuable tangible things such as money, cars, or a substantial monthly allowance and not cheap stuff like alcohol. She bluntly says that the car is not hers but belongs to her pussy since it’s what bought the car in the first place.

“To every Ben 10 that is fucking me, if you gonna go out there while you are dating me, as in you are hustling ask for money, ask for drivers license don’t ask for champagne or alcohol. Look at me with my pussy, i am fucking somebody and he gave me the car. it’s not my car, it’s my pussy’s car.” she says before breaking into laughter.

Also Read: 5 totally bangable African beauties with the biggest butts in town you need to know

A lot of tweeps have since come out to express their admiration for Zodwa’s openness and candour regarding how she got the car.

Say whatever you want about her. But you’ll never be ashamed of appreciating her honesty. https://t.co/7lwjh6YLc4

I stan for Uzodwa😍
When I grow up I wanna be just like you cc🙂 https://t.co/X1rhbefETw

Zodwa’s latest stunt comes barely weeks after a fan touched her pussy on stage as she was performing. However, the star didn’t seem to mind it and has previously even spoken about her fans groping her. In 2019, she defended her fans by saying “these are my fans, there was no abuse whatsoever, and no harm was done.”

The socialite and dancer had also set tongues wagging earlier this year after a video of a fan kissing her booty did the rounds.