A “spiritual healer” has been arrested for tricking hundreds of women into having sex with him on fake promise that he will cure them through “sexual sessions”.

The Tunisian man was arrested after a television report aired in which he admitted to tricking hundreds of women into having sex with him, a judicial source said.

According to the television report, the man, who introduced himself on his Facebook page as “Bolga Kahouli”, persuades his victims that these sexual encounters were the remedy for the problems they complained about, Africa News reported. 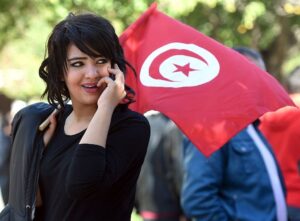 In the report broadcast on Monday evening, the man who claims to have powers to exorcise “black magic”, tells the journalist that his methods have “guaranteed results” and that he has “cured” between 800 and 900 women through “sexual sessions”.

“Tonight you will sleep with me and you will be cured one thousand percent,” he tells the journalist during their encounter.

He recommends 14 “sexual sessions” to cure her

To the journalist who describes false disorders, the “spiritual healer” recommends 14 “sexual sessions” at a total cost of 210 dinars (65 euros).

In order to hoodwick naive and desperate members of public the “spiritual healer” sets a number of ” sex sessions” for each client to “cure” them of the ills that haunt each one of them.

One of his victims, a 25-year-old student, told the programme that she had been sexually abused for three years by this “healer”.

According to Fatma Boukattaya, the spokesperson for the Ariana court in the Tunis suburb, the man, who was arrested on Tuesday, was already under investigation for his suspicious activities on social networks before the report was broadcast.