From Heiress to a Prisoner

One of the richest women in the world is set to spend a night in a grimy cell at one of Australia’s most notorious jail.

The 48-year-old Heiress who loves horse-breeding will spend a night at Silverwood Women’s Correctional Centre alongside cannibal killer Rebecca Butterfield, who skinned, and decapitated her husband and then cooked his head with vegetables and gravy.

Her other inmates also include Jessica Camilleri, who beheaded her mum, serial child killer Kathleen Folbigg, Sharyn Ward, who slowly murdered her nine-year-old through starvation, and terrorist plotter Alo-Bridget Namoa.

Also Read: Pedophile On the Run Arrested In Nairobi, Extradited To The United Kingdom 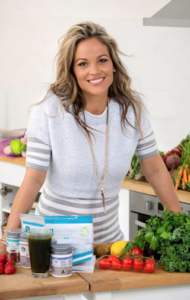 Savannah Daisley, a health entrepreneur and Instagram influencer, worth over $20 million was charged this week with four counts of aggravated sexual intercourse with a boy between 14 and 16 years old.

Ms. Daisley allegedly had drunken romps with the 14-year-old four times over the course of 24 hours in May last year.

The mum-of-two who doubles as a lifestyle entrepreneur and has 40,000 followers on Instagram, will remain behind bars until her next court date on August 23.

She has been in custody since June 27.

Also Read: MP resigns after ‘groping 2 men’, now claims he ‘drank too much’ despite having a history of sex misconduct

Daisley denies all charges, but has not yet formally entered any pleas.

Her father is Ross Daisley, a famous breeder of thoroughbred racehorse Choisir, which became an international champion after winning at the prestigious Royal Ascot and Newmarket races in 2003.

Mr. Daisley had offered to pay a $10,000 (£5,667) bail but a judge ruled it wasn’t in the public interest for her to be released from custody. The cell where she’ll live for the next six months is in stark contrast to her home in the city’s exclusive lower north shore, with its stunning views of Sydney Harbour.