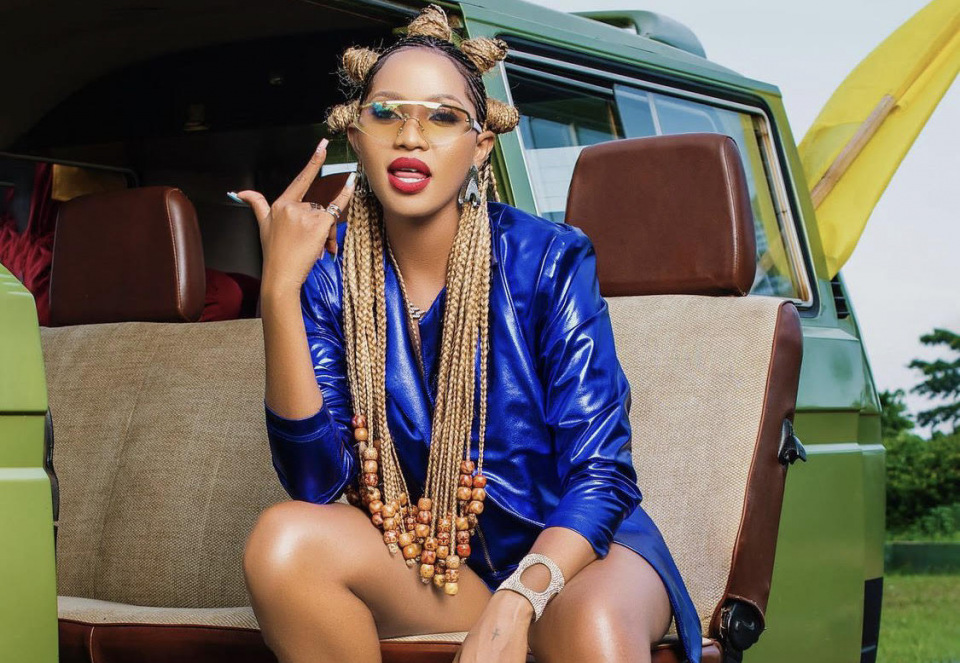 Ugandan musician Spice Diana has come out to reveal on of her inner secret as a woman.

While on an online chat show hosted by radio personalities KFM’s Doreen Nasasira and Bina baby, the singer came clean and confessed that she was once fucked in the car.

“It was nice. For such sweet things, even if you don’t fit in the car, you’ll find a way to fit in there. I can’t forget that first experience with my music fan, first boyfriend” said Diana.

The moderators of the show had asked her where is the strangest place she has ever had sex from to which the Bagikona singer quickly said, “in the car.”

Also Read: Shebah Karungi blasts Uganda’s senior government official who sneaked into her car and inserted his dirty fingers in her pussy

Spice Diana is an established Ugandan musician who songs are irresistible and loved by fans of all ages, from all walks of life.

Have you ever had sex in the car? Where is the strangest place you have ever had sex at? Drop your comments below.