A woman has sensationally claimed she was raped byZimbabwean President, Emmerson Mnangagwa.

On Monday, Susan Mutami, a Zimbabwean Businesswoman walked into a police station in Brisbane, Australia and filed sexual abuse charges against the President.

The woman, who is now 33-year-old, accused President Mnangagwa of raping her back in 2004 when she was a 15-year-old Form 3 pupil at Loreto High School in Silobela. Susan later went on Twitter and shared her allegation to all and sundry calling for the Zimbabwean President to be arrested and jailed.

How it all started

According to zimlive, a local daily, Mutami told police that Mnangagwa – then a cabinet minister – pursued her after meeting her during an interschools athletics competition in 2003. She was in Form 2 and in uniform.

Also Read: Sex In Zimbabwe: How a private doctor penetrated poor woman as she laid in hospital bed

After that, Mnangagwa allegedly raped her several times over many years.

I can proof he raped me

To back up her allegations, Mutami has described in graphic detail Mnangagwa’s anatomy. She claimed Mnangagwa has a birth mark on the inner left thigh and another on one of his butt cheeks.

Thank you @QldPolice. I see @edmnangagwa has despatched Temba Mliswa to rubbish my issue of rape. Citizens the father of my child Temba Mliswa has got no right to speak for the girl child, he himself impregnated a minor who was doing form 2, asked her to have an abortion… https://t.co/2cG02qM5JC

She claims local government minister July Moyo was present at the Golden Mile Hotel in Kwekwe when, as a schoolgirl, Mnangagwa led her to one of the rooms and raped her for the first time. 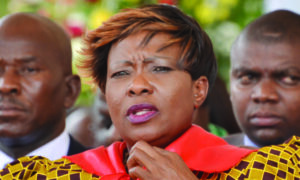 Susan added that during her stay at Mnangagwa’s farm between 2005 and 2007, she once tried to tell his wife, Auxillia, about the abuse, but Zimbabwe’s future first lady refused to believe her.

“She told me I smell like urine, and boasted that ‘my husband has classy bitches, not you’.”

Mutami also claimed she was punched in the face by Mrs Mnangagwa.

Mutami left for Australia in 2007 after her mother moved there to work as a nurse.

In 2010, she said she met the late Sibusiso Moyo – then a middle-ranking soldier in the army – and he promised to protect her. They fell in love and had a child together, a boy.

Moyo died in January 2021 – but not before he told Mutami that he had been poisoned, she claims. 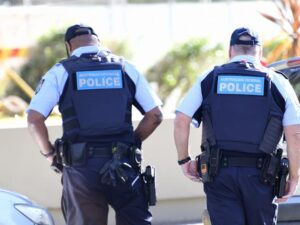 On Tuesday, Australian police said they would work with international bodies to investigate rape allegations against the 79-year-old president.

Matt Adams, a spokesman with the Queensland Police Service, has however, declined to discuss details of Mutami’s complaint filed at Mount Ommaney Police Station, three days after she went public with the rape allegations.

Meanwhile, George Charamba, the official spokesman for Mnangagwa, has dismissed the allegations as “gossip.”

He said President Mnangagwa would not be commenting. Legal experts also say  the whole investigation is an exercise in futility and an international investigation targeting a head of state is a “dead end”, especially without the cooperation of local police.