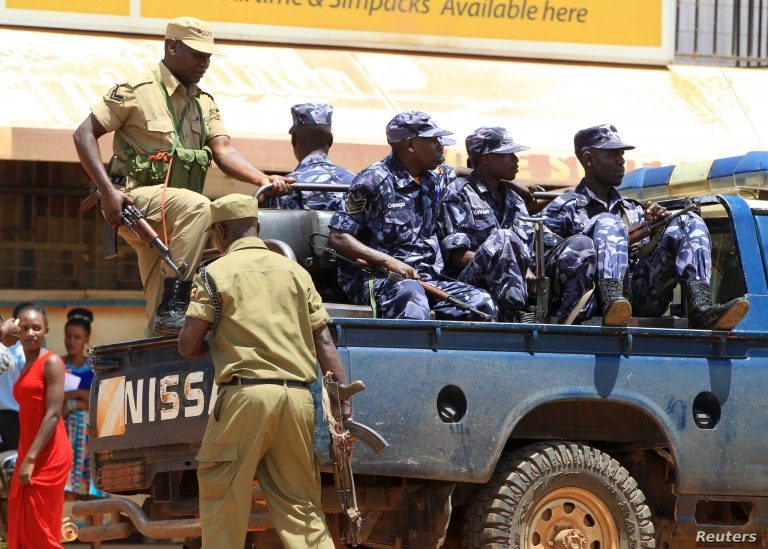 Police officers in Uganda have arrested their colleague who was caught playing sex with a COVID19 patient at a quarantine centre.

According to police, the officer identified as Bob Osinde was caught red-handed while having sex with a 29-year-old Coronavirus patient at the Agricultural Training Center in Busia town at the border of Uganda and Kenya.

The place is being used as a COVID19 quarantine centre.

The center’s spokesman, Stella Auma said that that was not the first time the policeman was sleeping with the patient.

“The other COVID19 patients had complained to the center management that the policeman and his partner give them sleepless nights as they aggressively play sex. The rooms in the center have no ceiling and one can easily hear what is going on in other rooms,” said Auma.

Read Also: Sex and dating during coronavirus: Guide for couples

Auma said that they contacted police at Busia police station who then arrested the couple in action.

Police officer to be charged after 14 days in quarantine

Police said that Osinde is going to be put under quarantine for 14 days to establish if he has not contracted COVID19.

Thereafter, he will be charged in police court for misconduct.

One of the COVID19 patients undergoing treatment at the center who has requested for his name to be withheld said, “The woman’s screams during sex made all of us not to enjoy our sleep. She screamed as if a hot iron bar has been pushed into her pussy.”