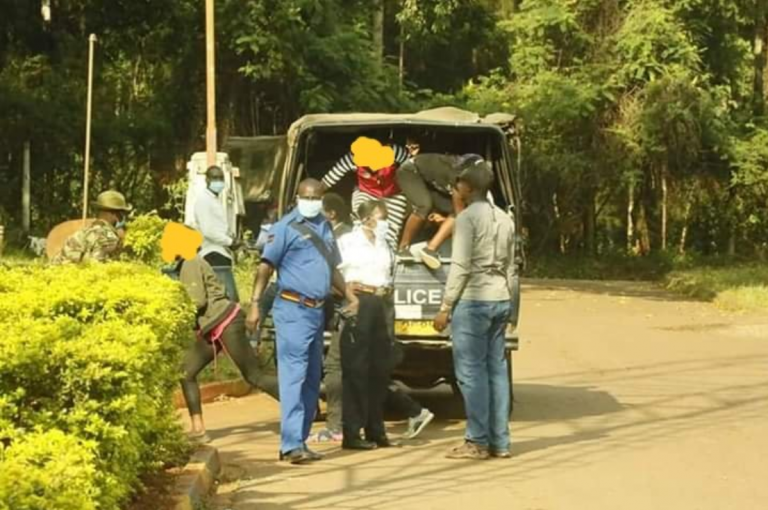 On Monday afternoon, at least 20 minors aged between 10 and 18 years old were on caught red-handed having sex in a house in Kakamega Town.

The minors were caught with cameras while engaging in sex in a commercial residential house in Maraba area located on the outskirts of Kakamega Town.

Six used condoms were found scattered on the floor

Most of the twenty children arrested — 11 girls and 9 boys — were found naked, with some caught engaging in sexual acts. Others were found dancing suggestively in skimpy clothes as cameras recorded the actions.

Also Read: 38 teens busted having group sex in a dingy den in Kisii

Six minors managed to escape when neighbours stormed the scene.

“We found nearly all the female children naked. On the floor, were six used condoms,” a middle-aged woman who stormed the house was quoted as saying by local media.

According to neighbours, the minors had lied to the neighbours that they were shooting scenes in a local drama at the house.

Their curiosity got the better of them and they decided to storm the house since this was not the first time suspicious activity was going on in the house.

“They lied that they were actors in a local drama. When we stormed the house after growing suspicious of their motive, we found some of them engaging in sex. We do not know where the children hail from,” a resident, James Otieno, told K24 Digital.

Twenty children in Kakamega aged between 10 and 18 found having sex with cameras recording, used condoms collected at scenehttps://t.co/EYvGZMdOMi

The owner of the house remains at large

Kakamega Central OCPD David Kabena said they are hunting for the person who was behind the camera when the children were found in the house.

The police later released the 20 arrested children because they did not get proof of wrongdoing by the minors.