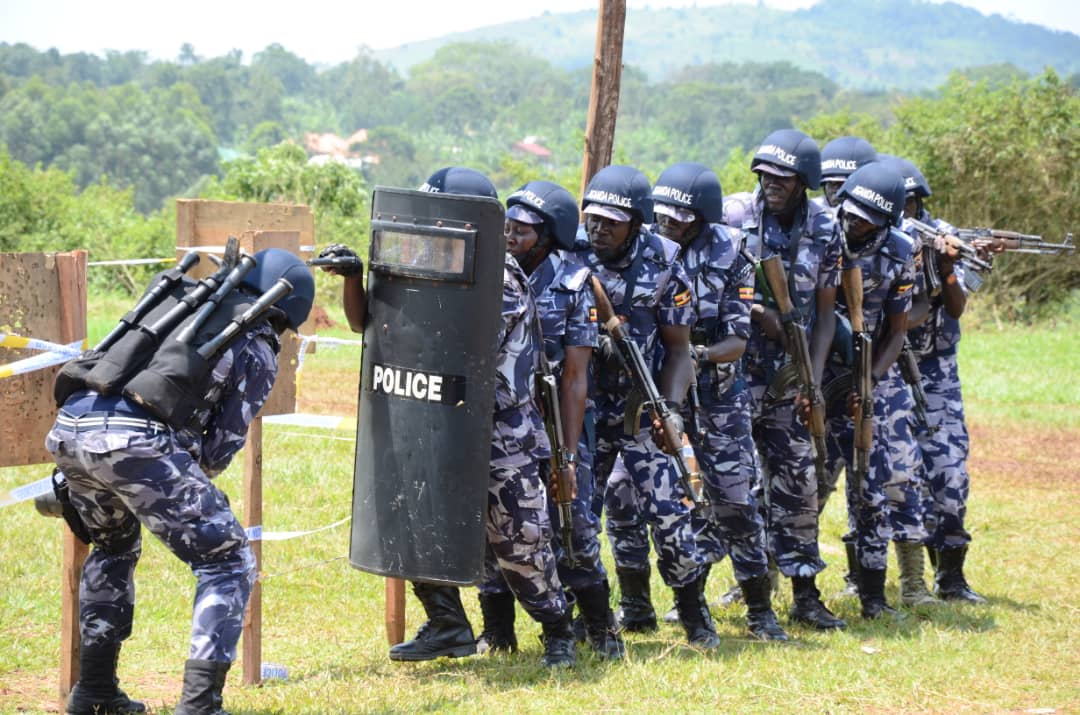 A police officer has been arrested and thrown into a cell after he was busted by members of the public fucking a married woman at her home.

The police officer is based in Mubende, one of the districts where the government of Uganda has placed a lock down due to Ebola was caught redhanded committing adultery.

“The police officer called Afande Bujoozi rode the police motorcycle to a married woman’s home and packed it outside. He then entered the house and started fucking the married woman identified as Faridah Nakazi.” Mukasa said.

As Afande Bujoozi was busy fucking the married woman at her husband’s rented house, people in the neighborhood got wind of it.

Faridah’s husband has two wives and was away when Afande Bujoozi came knocking at around 9.00pm for what looked as an action packed night.

However, he was spotted by one of  the neighbours who immediately alerted her husband who hurriedly returned to his home.

Placing his ear on the window to his bedroom he heard his wife screaming as she enjoyed being fucked by the police officer. The man then sounded an alarm and villagers ran to the scene to see what was amiss.

Members of the public took matters on their hands and burnt the police motor cycle packed outside before forcing the door open. They summarily arrested him and took him to Mubende police station.