Cardi B breaks the internet with news of divorce

The world woke up on Wednesday to the news of Cardi B filing for divorce from her husband and fellow hip-hop star Offset, from the band Migos.

Cardi, 27, whose real name is Belcalis Almanzar, filed for divorce on Tuesday in her husband’s home state of Georgia, where the couple have been living.

Cardi B, whose hits include WAP, Bodak Yellow and I Like It, described their marriage as “irretrievably broken” and there are “no prospects for a reconciliation”.

The news immediately set the internet ablaze and took on a life of its own with tens of millions of people across the world tweeting and talking about the New York rapper. In East Africa and West Africa, Cardi B trended for the most part of the day.

The divorce was a long time coming

I be wanting to eat him

Cardi B and Offset married in a private ceremony in 2017 but the marriage proved rocky from the onset.

She announced they had split in December 2018, amid rumours of his cheating. In an interview with Cosmopolitan earlier in the same year, the bare-knuckle Grammy-winning Bronx performer said she wanted to work on the relationship, noting what he did was “not right” but that “I ain’t no angel”.

Also Read: 6 sex styles while standing up that will make you go nuts

While it is not yet clear the straw that broke the camel back the relationship is now dead as a dodo. Legal documents state that Cardi B and Offset – whose real name is Kiari Cephus – are now living in a “bona fide state of separation”.

Cardi B is not a nun and has had her fair share of men. Many famous and infamous men have dated the fast-spitting rapper in the past. Here are just a few men she went public with.

I need a stylist!

In 2015, when Cardi B was still struggling to get airplay, she decided to start sleeping with DJ Self, “the hottest DJ in New York or whatever,” so that he could help get her music played.

Unfortunately DJ Self was happy to sample the goods but not so enthusiastic about promoting her songs so the two parted ways but not after Cardi B gave him a piece of her mind.

In a January 2018 diss track titled “Cardi B Truth,” the 29-year-old Chicago-based rapper claimed that “Cardi B wanna have my baby,” and suggested that she slept with him. He also posted screenshots of a FaceTime conversation he appeared to have with the star.

Cardi B, however, came guns blazing and refuted any claims of ever sleeping with King Yella.

“You tried to make it seem like I did, and I never did,” she said, adding, “I’ve never kissed you. I’ve never nothing.” 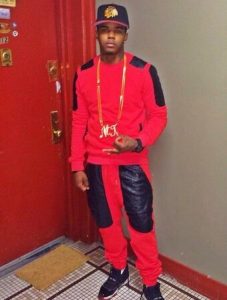 Cardi’s relationship with fellow rapper and Love & Hip Hop star Tommy Geez was by far her most prominent yet before her marriage to Offset. The pair dated for around a year before calling it quits.

Despite being a hardened criminal,  In 2017, the rapper was released from prison after serving on gun possession charges and in 2019, he was involved in another shocking crime: reportedly running over a man and his eight-year-old son before slashing the man and driving away, it seems Cardi B wasn’t done yet with him. During one of her splits from Offset and following the rapper’s release from prison in 2017, Cardi followed Geez again on Instagram. At the time, Cardi posted a cryptic message on Instagram that read: “I still think about you.”