Mention Amber Ray anywhere and you will be met with cheers, jeers and sneers. Faith Makau or Amber Ray as she is popularly known is a woman on a mission and takes no prisoners.

“I believe in making the impossible possible because there’s no fun in giving up”  reads part of her bio on her Instagram page perhaps giving a peek of her mentality that nothing is off limits.

Just who the fuck is Amber Ray?

Amber Ray is a highflying socialite and one of the most controversial women in Kenya. Her looks, curvaceous body, charm, wits is simply irresistible and leaves men in her wake drooling and ogling whenever she steps out or as much as she posts a photo on her Instagram which boosts more than one million followers.

During the day she works as a fashion consultant, businesswoman and a model. Come night time than she steps out looking like a million dollar buck and hooks up and dates flashy monied men, some who are married without giving a damn.

She came into the limelight thanks to her lavish lifestyle and since then she has hogged headlines and continues to court controversy everywhere she goes.

She simply doesn’t give a fuck

Amber Ray is many things to different people but one thing is certain she doesn’t give a fuck about society. She speaks her mind and reading some of her posts on her social media pages one can even argue she is spoiling for a fight. Contrarly to social expectations she also has no qualms becoming a second or third wife and drops men like hot potato when her interest wanes.

“A few years back, my dad almost kicked me out of his house because I broke up with my ex a month before the set a date for dowry payment. You can all guess how much it was.” She once confessed in an instagram post.

She has a thing for rich bad boys 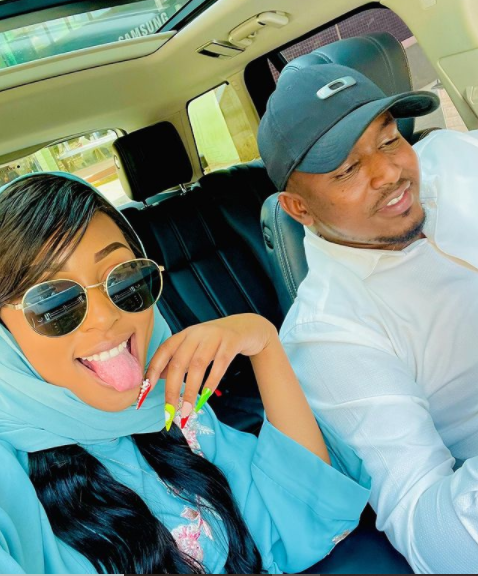 Amber Ray has a distinct taste in men, they have to be rolling in money, young and flashy as fuck. Her dating history is awash with flamboyant men who seem to worship the very ground she walks on.

She is known to date only wealthy men who can sustain her flashy lifestyle and she is never apologetic about it.

Her latest catch is Nairobi businessman Jamal ‘Rohosafi’ Marlow. Prior to that she dated city tycoon Zaheer Jhanda and even briefly got married to him as his second wife.

Nothing is too big of a price to pay for her to be comfortable and spoiled endlessly and she denounced her Christian faith and converted to Islam to marry Jhanda only to revert after the marriage fell apart barely two years later. She also briefly dated Syd, a former rapper and now a promoter who used to spoil her to expensive trips to Santori Island in Greece. So common were the exotic trips that always captured Amber Ray kissing and cuddling with her bae that it earned Syd the nickname Mr. Santorini within the entertainment circles.

She loves the finer things in life

That the curvaceous socialite, who drives top of the range vehicles and lives life on the fast lane complete with trendy outfits and glamorous house interiors loves the finer things in life is in no doubt.

Her social media pages are filled with her posing with top of the range cars enough to pay some of Kenya’s skyrocketing national debt, enjoying expensive gateways, dining in exquisite restaurants and wearing designer clothes, shoes and handbags.

She has an adorable son 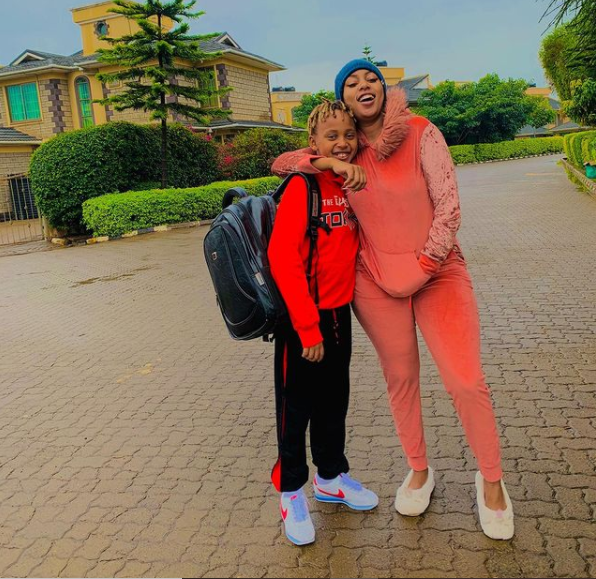 The 28-year-old who was born on 3rd November 1992 is a mother of one. She has a handsome and lovely son by the name of Gavin. She is inseparable from her son and frequently posts his pictures and videos on her social media pages.

She knows how to chase the paper 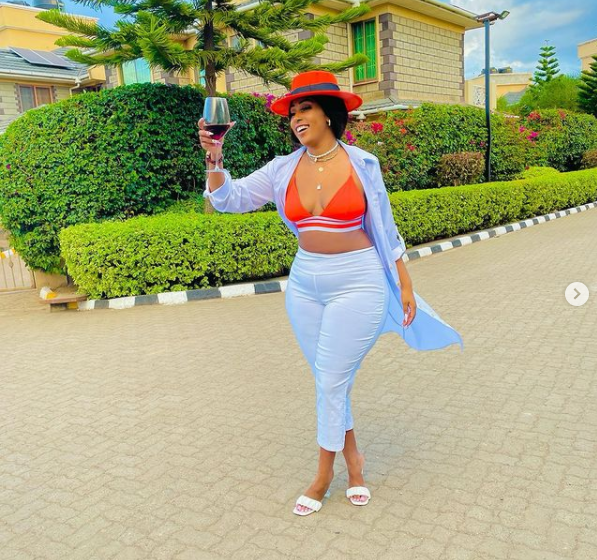 People have always wondered how Amber Ray gained her wealth with some speculating she milks men dry before dumping them.  Well, the socialite recently decided to set the record straight.

“I have sold animal intestines (matumbo), cereals, I have even sold milk. I was once a waitress, and for my last job, I was head of customer service at e-citizen and still in between, I was trying several businesses as my side hustle. It’s just that we don’t like what we have gone through… We work hard behind the curtains. There is no easy way to success, even for you to get good money from a man you have to have your own money.” She said.