Welcome to the house of loose morals

A member of parliament has been forced to resign after admitting he watched pornography twice in the House of Commons in a moment of madness.

Neil Parish, a member of Parliament since 2010, came clean and revealed that indeed he watched the raunchy X videos while parliament was in session not once but twice.

“… Funnily enough it was tractors I was looking at,” he told BBC. 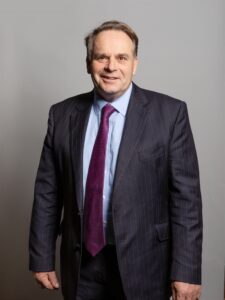 The disgraced law maker said that the first time was accidental after looking at a tractor website, but the second time – in the House of Commons – was deliberate while he was sitting waiting to vote.

“I did get into another website that had a very similar name and I watched it for a bit which I shouldn’t have done. But my crime — biggest crime — is that on another occasion I went in a second time.” said Mr. Parish.

Two nosy female lawmakers also came out and said they had seen him looking at adult content on his phone while sitting near them prompting the investigations.

Mr Parish said what he did “was absolutely totally wrong”, adding: “I will have to live with this for the rest of my life. I made a huge terrible mistake and I’m here to tell the world.”

I made a huge terrible mistake

Until his resignation, Mr. Parish was a Conservative Party member of Parliament and has represented Tiverton and Honiton in Devon since 2010.

Following the revelation, the Conservative Party suspended him on Friday.

“Following recent allegations regarding an MP’s use of their mobile phone in Parliament, I have referred myself to the Parliamentary Commissioner for Standards in the House of Commons,” Parish wrote in a statement.

The Labour’s shadow leader of the Commons, Thangam Debbonaire, g=however, didn’t take the Parish incident laying down and accused the Conservative Party of trying to cover it.

“The Conservatives knew for days about the disgusting behaviour of one of their MPs and tried to cover it up… This is a government rotting from the head down.

However, this is not the first time an MP has been mentioned in relations to a sex scandal. Earlier this month, Conservative member of Parliament Imran Ahmad Khan resigned after he was found guilty of sexually assaulting a 15-year-old in 2008.

The scandal comes at a precarious moment for British Prime Minister Borris Johnson, who will sure face pressure to resign if the Conservatives do poorly in the local elections.