If you are a Kenyan and you haven’t heard of one Millicent Omanga or Mama Miradi as she has since christened herself then you are living under a rock.

The nominated senator has been on everyone’s lips since last week when she set social media ablaze with her stinging remarks that left activist Boniface Mwangi and blogger Robert Alai gasping for air.

That’s not all Omanga also grabs national headlines every time she literally steps out. Her curvy body, large behind, thighs to tempt the pope and theatrics on social media platforms have elevated her to larger than life status.

As such hoards of both men and women follow her every move and can’t help but openly thirst over the curvy legislator going by the hundreds of comments her social media posts generate.

Here are 9 fun facts about the voluptuous senator whom every Kenyan man drools over.

She can shake her booty

One thing which has earned Omanga some form of notoriety and fame is perhaps her ‘booty shaking skills’. Compared to some of her female legislators in the Kenyan assembly who are dead boring and would never dream of as much as swaying for fear of being labelled ‘unchristian and unleadership like’ Omanga is cut from her different cloth. She never misses an opportunity to put her dancing shoes and give the public a free show.

On several occasions she has sprang on her feet and ‘shook what her mama gave her’ to all and sundry. As a man who is all for women living their lives all i can say is Go! Go! Go! Mama mirandiiiii.

She can give Omamo a run for her money

In the Kenyan government of President Uhuru Kenyatta there are few high profiled government ministers who are big, beautiful and hell yeah proud of their body sizes. One such minister who can represent Kenya in Uganda’s Miss curvy competition is Ambassador Raychelle Awuor Omamo  who is currently the Cabinet Secretary for Foreign Affairs.

In 2018, She threw her weight behind the “big is beautiful” movement, saying plumpness should not trouble anyone.

Omanga who is blessed beyond doubt with wide hips, large waistline and all it comes with is never shy to flaunt her figure. On several occasions she has uploaded photos of herself in figure hugging dresses and went ahead to marvel at just how great she looks. Self love has never been so sexy and i for one I will drink to that.

Meet the man who warms her bed

The curvy light skinned legislator is happily married and credits her husband for being her rock in the Kenyan shaky politics full of mudslinging.

Her husband even used to write speeches for her during her formative political life.

“When I was starting I could not actually stand in front of people but he was like you can make it and I was like what can  i tell them and he would write speeches for me and tell me say this and these are the topics of discussions…so he has been my mentor,”

The two have been married for ten years and blessed with two children.

“Today I celebrate My Husband Dr. Francis Nyamiobo, The pillar behind my political strength. I Am so grateful for him. Tumetoka Mbali.” she has been quoted in the past saying.

She has a thick skin 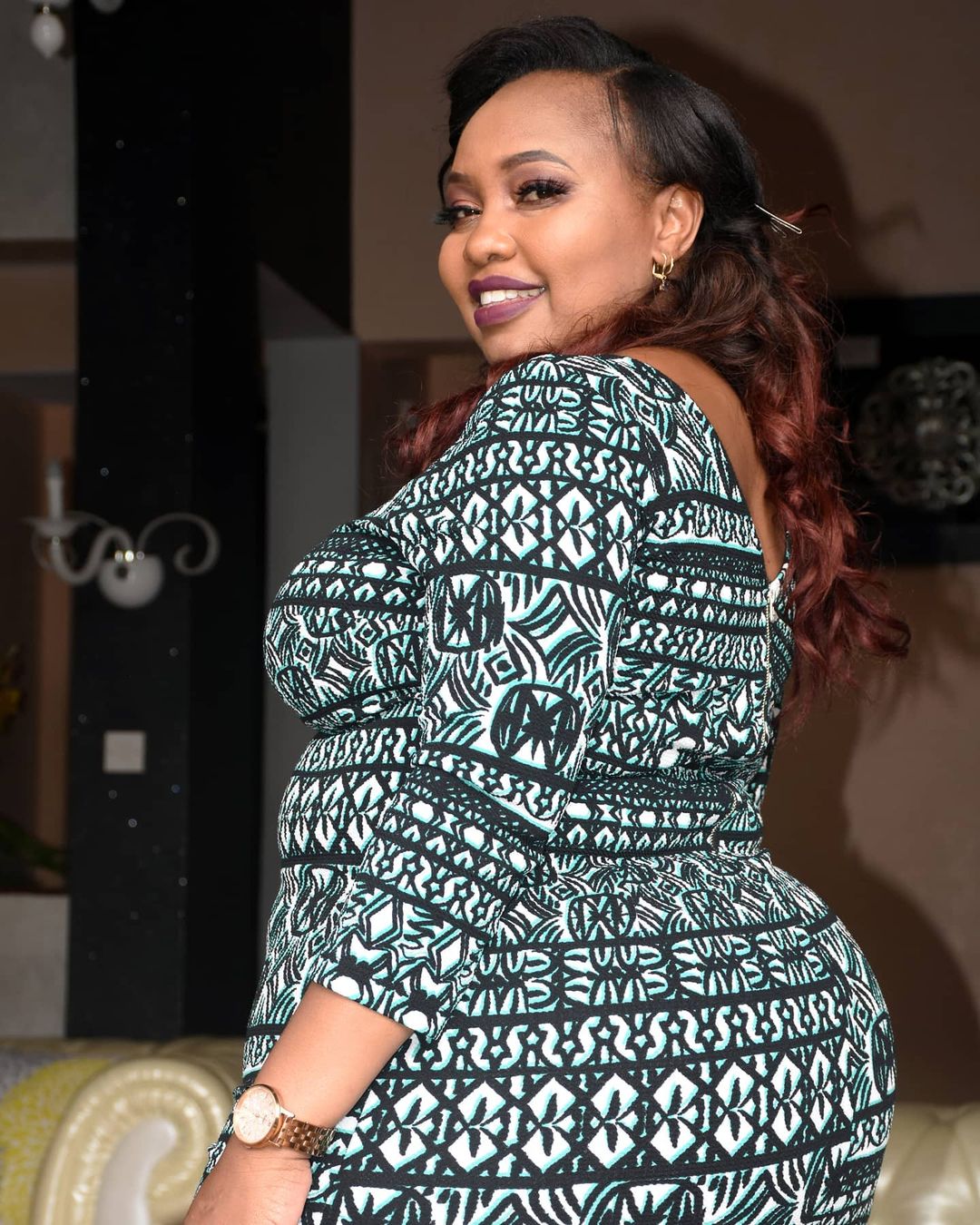 Body shaming is sadly a reality and even public officials are not immune to it. Senator Omanga herself has been the butt of many fat shaming jokes from a horde of insecure weak ass men. What haters don’t however, know is she is not a weakling and she can go dirty when haters go dirty and play it cool when they play it cool.

Her ability to laugh off their jokes and even share them with her own sense of humor has inspired millions of body conscious Kenyans to never let bullies faze them.

Happy Birthday the hustler's Champion Mr. Deputy President @WilliamsRuto. As you turn 54 today, We pray that Almighty God gives you good health, protection and grant you success in all your ambitions. #MamaMiradi pic.twitter.com/3CxqDgnPqa

In past local news reports Omanga says Ruto was instrumental in her appointment as a director of the Kenya Electricity Generating Company (KenGen) in 2013. She told Standard Digital Entertainment that she was “haggling over the price of 30 bedsheets at a shop in town, with the hope of reselling them at a profit.”  when she received a call that changed her life forever from EX-Cabinet Secretary Davis Chirchir.

She used to go to Dubai while in campus to hustle 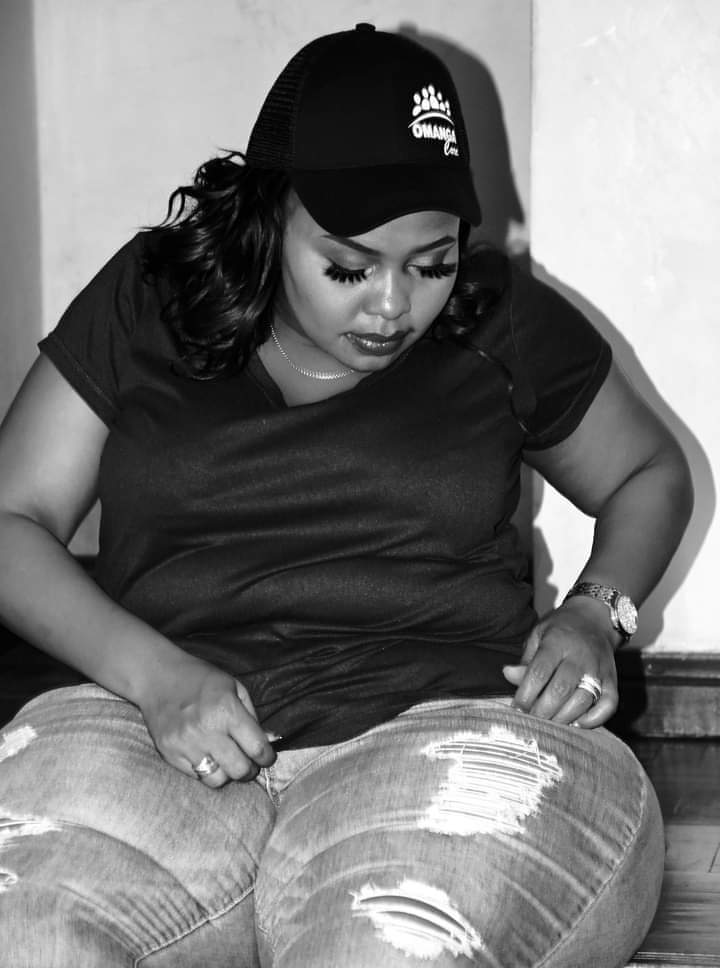 Omanga loves turning mundane walls into beautiful art pieces. A peek inside her posh Nairobi home and one cannot help but gawk at beautiful walls and coaches. Everything is well thought out and one cannot miss her eye for detail.

In an interview with K24, a local TV station the mother of two disclosed her love for interior design started way back in University of Nairobi campus.

“I started interior design out of passion and sometimes I even used my school fees to go to Dubai and get my things. I used to do clothes, house wares and all that and by the time the term ends I have recouped my money with profits and I am able to sit for my exams,” she said.

She has a business background

She studied Bachelor of Commerce, Marketing at the University of Nairobi.

Also Read: How to tell if she has a fake butt

Here’s what makes her so beautiful

Senator Omanga has been spotted a couple of times in public looking like a snack yet she is makeup free.

In an interview with Nation’s Nairobi News she said she doesn’t do make-up since she is beautiful enough and accepts herself the way she is. She also lamented that they are too expensive anyway.

So as for what makes men drool over her apart from her cardiac arrest inducing figure I guess it’s just good genes.

Millicent Omanga was born in 1982.