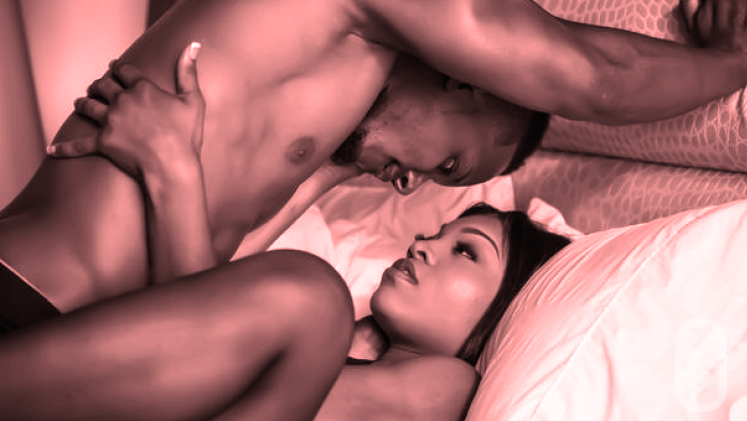 A Ugandan businessman has shocked his community after giving his young wife the cold treatment and going for months without making love to her.

Julius Mudope, 35, has not fucked his 29-year-old wife – Hellen Nanyonga – for the last six months yet they sleep in the same bed. The couple who reside in Bugiri village in Kangulumira sub-county in Kayunga district have been married for over a decade in what was supposed to be a happy union till death .

” I have been with my husband for over ten years. When we got married he was a very poor man and we used to sleep on  floor on a thin mattress. We worked together and and acquired reasonable wealth until he started snubbing me in bed.”

Unable to take it anymore, Nanyonga went to Kangulumira police station and reported her husband. She claimed that for over six months her husband has been sleeping while in tight jeans trousers to avoid fucking her. Whenever she attempts to touch him he punches her before rolling over and giving her his back.

The 29-year-old wife told the police that sometime back she heard rumours that her husband was sleeping with other women but she did not take it seriously. until now. She got her confirmation when he stoped fucking her completely.

What work got to do with it

In his defense, Mudope said that the reason he doesn’t fuck his wife is because he is too tired from overworking during day.

Also Read: The fuck! Wife clobbers man for not fucking her good

Fuck your wife or go to jail

Henry Ssali, the officer in charge of family affairs at the police station was having none of it and warned Mudope against mistreating his wife. He wondered how a normal man could sleep in tight jeans as a means of avoiding playing sex with his wife.

He instructed the couple to go home and rejuvenate their marriage and ordered Mudope to start fucking his wife or else he will be charged for failure to do so.

2 thoughts on “Help! My husband sleeps in tight jeans to avoid fucking me – wife”