Welcome to the world of the Wodaabe

The Wodaabe tribe are nomadic pastoralists found in the Sahel region in Africa. They transverse through much of the Sahel from northern Cameroon to Chad, Niger, and northeast Nigeria.

Wodaabe means ‘People of the Taboos’, which refers to the numerous cultural dos and don’ts that structure their daily life. They are a small, isolated branch of the Fulani ethnic group and are considered by neighbouring tribes of  the Hausa, Fulani, and Tuareg as wild, uncivilised people. The Wodaabe in return refer to the Fulani with equal disdain as Wodaabe who lost their way.

According to Mette Bovin, who has been documenting the Wodaabe since 1965, it is considered a mark of respect not to be overly affectionate towards a loved one, and this includes the use of their first name.

The Wodaabe also have strict tabooed behavior around hygiene, eating and sex.

the first thing a young man of the Wodaabe does in the morning is look into his small mirror, to check and tidy up his face. Every day, Wodaabe men apply heavy black makeup around their eyes so they appear wider and whiter. They put on elaborate jewellery, sweet perfumes and tease their long hair into braids and beads that hang down their backs.

In the Wodaabe culture, male beauty is highly regarded compared to feminine beauty. Here it is the men who spend hours on end applying their makeup. Although, the girls wear less make-up than the men, they also take great pride in their appearance, plaiting and decorating their hair

Men with long, thick hair are considered especially attractive and sexy. When a man is regarded as extremely attractive in Wodaabe culture, he is called ‘kayeejo naawdo’, which translates to ‘hurting man’, meaning they are so beautiful it hurts to look at them. 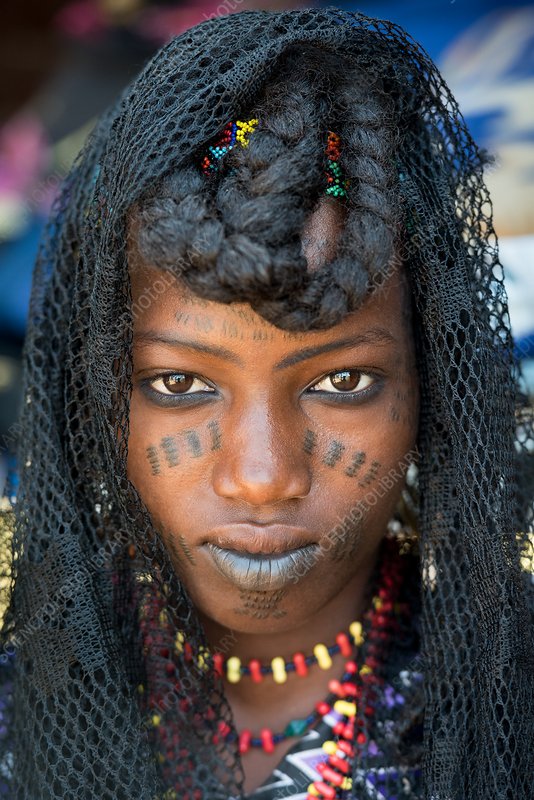 The Wodaabe is a patriarchal society, when it comes to sex, the women are call the shots. Nowhere is this on full display and more clearly demonstrated than at the annual Gerewol fertility festival which culminates in a beauty contest with the men displaying their dancing skills and the women judging. 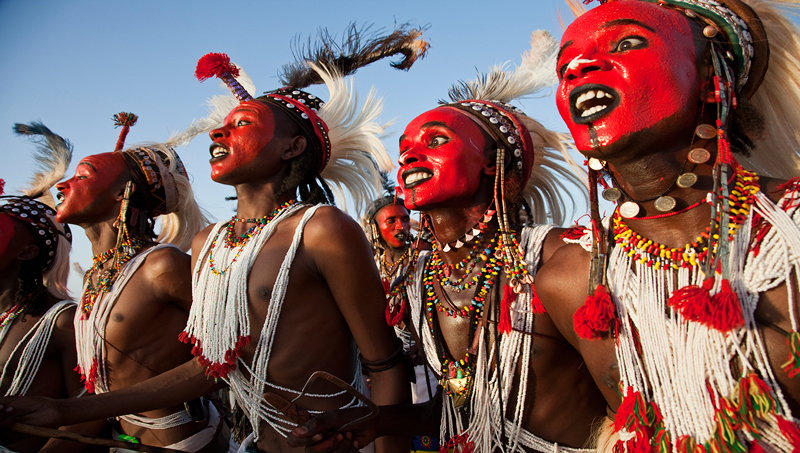 The Gerewol festival is a gruelling test of endurance for the men, who have to dance for hours in blistering heat in the hopes of impressing a woman. The festival is an inter-clan affair, in which women of separate lineages will pick men from opposing clans. The judges are high-status Wodaabe women, such as the daughters of past champions.

In the days leading up to the festival, the men competing prepare for days, and up to six hours on the D’Day. They dress in exquisitely embroidered robes, bejewelled leather tunics, bright ostrich feathers  and sparkling crowns and feathers.

Come D’Day baring their teeth and rolling their eyes in the hope of impressing the female judges with their pearly whites and clear eyes, the Wodaabe men sing loudly and jump up and down to show off their stamina. Older men and women run up and down the length of dancers, shouting encouragement and urging them on to ever more elaborate and energetic movements. 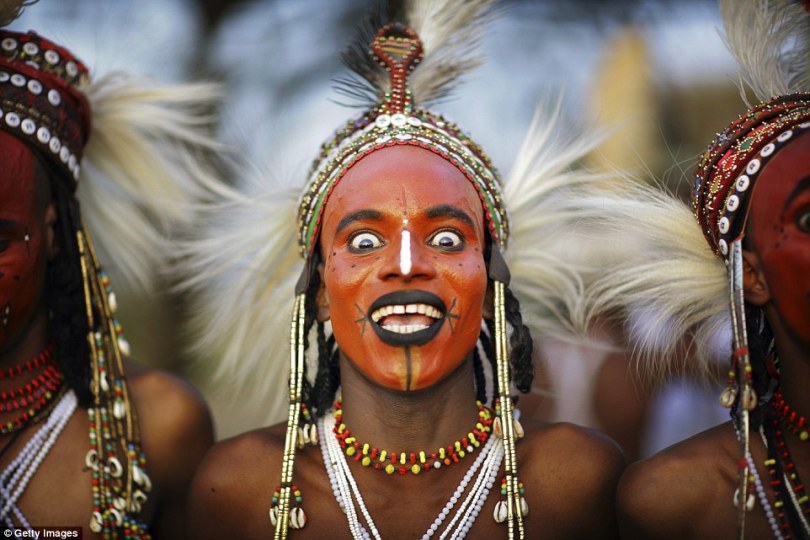 The Gerewol festival is perhaps the only beauty pageant in the world where the winner bags more than the crown and the prize winner.  The final winner of the Gerewol festival  basically bangs the judge, yes you read that right they get to have sex with the judge even if both parties are married.

When a woman has chosen her lover from those competing, she will signal with a slight gesture of her hand. After the sun has gone down, the couple will quietly disappear into the undergrowth where they will spend the night together, making love on a palm leaf matt that the man has been carrying over his shoulder throughout the Gerewol.