A Kenyan businessman based in Uganda is the talk of town after going crazy in celebration following Dr. William Ruto winning the 2022 Kenya’s presidential elections.

On behalf of all Ugandans, I congratulate Your Excellency @WilliamsRuto upon your election as the 5th President of the Republic of Kenya. pic.twitter.com/63iF8KKOqi

Edward Wanyama who is based in Eastern Town of Bugiri was over the moon over  Ruto’s winning and held a party full of booze, food and music for himself and his colleagues. 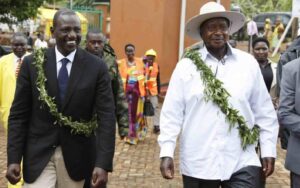 Mr. Wanyama, who deals in buying cows from villages and selling them to butchers in towns, spent most of Monday, the day on which results of Kenya’s presidential elections were being announced drinking beers with his colleagues at Naluwerere trading center which is located in the outskirts of Bugiri town.

Also Read: Sex in Uganda: Men decry shortage of sex workers and now can’t imagine a day without them

They were drinking while watching Kenya’s Citizen Television on which the results of the elections were being announced as they trickled into the tally center.

Orders 6 bottles of beer each 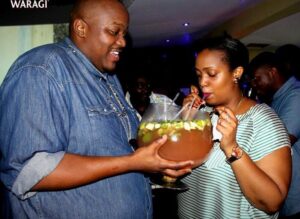 Immediately Ruto was announced as the winner of the presidential elections, Wanyama instructed the bar manager to serve each of his 10 friends with whom he was drinking 6 bottles of beer each.

After they started getting tipsy, one of his friends called Oundo whispered to him that apart from just celebrating Ruto’s win with drinking beers, they should also celebrate with fucking sex workers.

He then requested Wanyama to buy for them sex workers, which Wanyama accepted without any hesitation.

Free hookers for everyone

Just behind the bar in which they seated there is a brothel.  Wanyama requested all of his friends who wanted a fuck to go to the brothel and pick any sex workers of their choice which they promptly did.

All 10 of them went and each selected a sex worker.

He paid UGsh10,000 shillings to each of the sex workers and his friends fucked to their fill. He, however, did not fuck saying  he was very tired.