How to tell if she is Faking an Orgasm, and Why

It is a heinous crime to fake an orgasm. Think of it as giving your dog a treat after he tears up the sofa. However, not being able to orgasm during sex could be a condition, known as anorgasmia.

This is quite frustrating. You may think you’re King of the Sheets while in reality, most women have faked an orgasm at some point in their lives, and most men have actually bought it.

Feeling tired of being taken for a ride?

During sex, the majority of women feel their vaginal walls gripping and tightening when they come.

So if she screams that she’s coming but her vagina is as quiet as a graveyard and there are no pelvic muscle contractions she has just faked it.

Nothing kills the sex mood faster than asking her every two seconds “did you come babe”.

To shut you up she will moan a half-assed “yeah baby,” to get you off her back but in reality, you were nowhere near getting her close to coming.

A pat on the back, a condescending smile, an encouraging word, does it sound familiar? 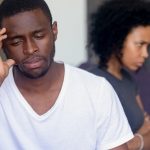 Well, it’s because she faked it and now feels pity for you. If she treats you like a puppy who didn’t get the last piece of steak on the table, it’s because you’ve failed.

Also Read: Husband brings home different sex workers and fucks the hard to get back at wife who called him useless in bed

This is one way of bringing sex to an end and not having to deal with a half-awake dude still trying to get you there through a finger-fucking session that feels obligatory.

Your partner could be worried that asking for what she wants could turn you off.

If you did everything right; went down on her beforehand, lasted a long time, was genuinely interested in how many siblings she has, then she might end up faking it for all your trouble. Sorry lads, I just burst your bubble. 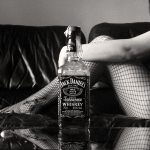 Scientifically proven, alcohol does make achieving an orgasm difficult. It delays ejaculation as well, numbing the genitals. If she has enough to drink, then she most likely will pull the rabbit out of her vagina!

Also Read: How To Get Medication For The Whiskey Dick

It is a pattern

Faking an orgasm is a pointless performance and prevents you from experiencing real pleasure.

‘Pleasure is a journey, not a destination.’ –  Nim Notty