13,000 teenage girls drop out of school every year due to pregnancy, according to Kenya Demographic and Health Survey (KDHS), 2014. Similarly, only 50 percent of adolescents’ transition to secondary school in Kenya with high dropout rates, particularly for girls (KDHS 2014).

Keeping in mind that adolescents aged 10-19 years constitute 24 percent of Kenya’s population (KDHS 2014) this is a ticking time bomb. Covid-19 has only made what was a bad situation worse and close to 4,000 school girls were impregnated in Kenya during the COVID-19 lockdown alone. 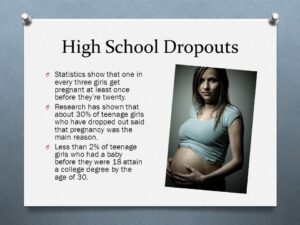 Jecinta and Ashley are just two cases and thousands others are in the same boat.It  is easy to blame us girls and say it’s our fault that we didn’t heed our parents and teachers and simply closed our legs but it’s not that simple, a large number of teenage pregnancy are a result of rape, incest and simply not knowing any better. To date there isn’t a comprehensive sex education in our schools and so we suffer in silence. 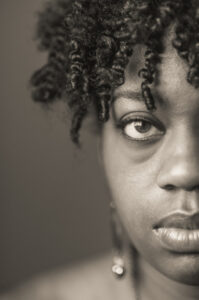 It all started innocently, he would say hi to me every day on my way to school and being the obedient and innocent girl I am , I would respond with humility and be on my way.

My grandmother brought me up to always respect any older person and I wasn’t about to start disrespecting her. She was all I had after a gruesome accident robbed me of my dear parents on a cold morning in 2005, I still shudder when I think about them.

I didn’t know my response was my fatal flaw and encouraged him to be bolder and even hatch a plan to waylaid me one evening as I returned home from school. One windy evening as I rushed back home after a rather hard day at school I met him waiting for me at our ‘spot’.

Immediately I saw him than my alarm bells started ringing. He woke up when he saw me and staggered towards me and I knew immediately he was up to no good. He smelled of changaa and walked towards me with an evil grin. I quickly grabbed my tattered school bag and placed it in front of my chest to act as a shield.  I don’t know if the bag which had seen better days would be of any help against his rough hands but everything and anything was good for me as i shaked like a leaf and tried to dodge him in vain.

The road was clear and I knew no one would hear me even if I screamed none the less I let out a piercing scream and summoned all my energy and made my dash towards home. As drunk as he was he was fast and before i knew it, he had tripled me and i was lying flat on the ground. Hurling all manner of insults and raining hot slaps on me he ripped my school uniform and proceeded to rape me. I fainted when he began to straggle me and woke up two days later badly bruised and lying on a creaky hospital bed at our leaking local dispensary.

Numb with pain and anger I wanted to die. How could this happen to me. Until then i had never had sex and here i was badly bruised and violated No i couldn’t go on living.  I was better off joining my parents and even wished he had killed me instead. It was months later that I was able to have any hope of continuing living. The thought of living my grandmother with no one to look for me was what kept me from committing suicide. She held my hand and many nights sang me to sleep as tears of pain tricked down my cheeks. The man who raped me was never found and went on a run after having his way with me. I am still optimistic that one day justice will be served. For now I live each day as it comes and continue with my long healing journey. 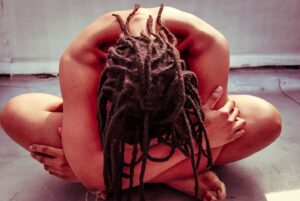 Ashley was a bright high school student from Kakamega, who grew up dreaming of being a teacher one day.

Her sad tale began when she boarded a public bus one day to travel to Kisumu to visit her aunt. Her only mistake was sitting next to an older man, whom it seemed was sent by the devil to steal her innocence. All through the journey the man old enough to be her father was friendly and chatted her up the whole journey. By the end of the ride, Akoth gave him his number after the man who had since christened himself his new uncle convinced her that it was best if they continued to talk and that way he could monitor his school project.

If only Ashley knew that giving in to an innocent request would be her downfall. She didn’t know any better and so her fate was sealed. Tick tock, tick tock.

Until then Ashley was a bright student, who enjoyed physics, math, and geography and loved playing baseball with her friends after school. She harboured big dreams and hoped through hard work she would pass her exams and attend one of those big and sparkling city universities she always sees on TV and become a teacher. Her future was nothing but bright until COVID-19 came knocking.

She was devastated when COVID-19 closed her school in mid-March, and her productive days at school soon turned into a mundane routine of doing chores and helping her mother at their small roadside stall selling Omena and vegetables.

An idle mind is the devil’s workshop and soon Ashley was growing restless and so when the man she met on the bus invited her to visit him in the next village under the guise of helping her with  her studies since school was closed she saw no harm.

She went and her life would never be the same again.  The man drugged her Fanta and had sex with her. Weeks later, Ashley realised she was pregnant and now fears her future is doomed.

“I feel bad because my dream has failed now just because of my pregnancy.”

School was the safest place for many girls her age and provided a safe haven for them where they could study and build their futures away from all the societal ills.