A Kenyan sex worker who robbed a man blind of his valuables has been charged.

On April 9, 2022, Sheila Anyango alias Stella allegedly stole a laptop and two mobile phones valued at Sh347,000 ($3,470*) from a motorist along Koinange Street in Nairobi.

The court heard that she allegedly committed the offense, jointly with others not before the court.

Also Click: Have fun without worry, hook up with exotic escorts 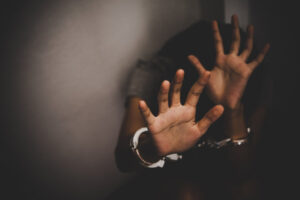 According to police reports, the motorist was driving along Koinange Street when he stopped and talked to one of the girls hoping to seal a deal for a sweet fuck. Once he stopped, he was immediately approached by two other sex workers who entered his vehicle forcefully and started demanding money from him.

Stella and the women then allegedly took the items and walked away demanding money in exchange for the items.

Stella has, however, denied the charges and told the court that she was not part of the trio that robbed the complainant, even though she saw them get into a car.

The sex worker told the court that she was arrested a week after the alleged incident and was not part of it. In her defense though, she added she could identify the thieving sex workers since they work in the same locality.

The magistrate weighed her sentiments and said the claims would form part of her defence and released her on a cash bail of Sh 100,000.

Meanwhile, you don’t have to lose your valuables while pursuing some adult fun. Hook up with Exotic Escorts and actualise your fantasy.  At Exotic Kenya, all escorts are verified and have a code of conduct cutting chances of being robbed significantly. One can also report any escorts who have robbed them and exotic Kenya will follow up the case and claim your valuables. Try Exotic experience today.