As the news of Rihanna’s first pregnancy with A$AP Rocky slowly sinks in after the pair confirmed the baby news while taking a stroll in Harlem over the weekend, it no secret that Rihanna has millions of male admirers who will go gaga to spend even a second with the RnB singer.

Here are just a few publicly known men Rihanna has been dated and fucked. 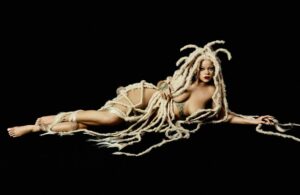 Chris Brown and Rihanna met in 2005 and started dating in 2007. In February 2009, the couple had a scandalous split that grabe international headlines when it was emerged that Brown had physically assaulted Rihanna on their way home from a pre-Grammys party.

After her first split from  Chris Brown, Rihanna began dating professional baseball player Matt Kemp. The pair were snapped together on New Year’s Eve in 2009 and then on a trip to Mexico in early 2010 sparking wild rumours they were fucking each other.

However, it was never meant to be they had broken up by December 2010 due to the “Bitch Better Have My Money” singer’s busy schedule.

The Barbadian singer, actress, fashion designer, and businesswoman reportedly met with the Real Madrid player at a nightclub, and the pair were later photographed hanging out  together at a restaurant in New York in June 2015.

The “Where Have You Been” singer was spotted vacationing with Formula 1 driver Lewis Hamilton in her native Barbados before they were later sighted by hawk eyed paparazi getting “cozy” at a 1 Oak nightclub in New York City, but their fling ended soon after.

Barely a month later, Rihanna was caught getting close to another famous face: Travis Scott, the “Sicko Mode” rapper.

The pair were later seen making out at a New York Fashion Week party in September 2015.

Rihanna and Leonardo Dicaprio were spotted kissing in a Paris nightclub — although sources close to the stars insisted at the time that they were “just friends.”

The A-listers then fueled romance rumors even more when they were seen hanging out together at Coachella that April.

In 2016, Rihanna and Drake sparked dating rumors of their own when they made appearances at each other’s shows.

The “Hotline Bling” rapper confirmed their romance at the MTV Video Music Awards that August when he said during a touching speech for Rihanna’s Video Vanguard honor that she was “someone I’ve been in love with since I was 22.”

Less than two months later, a source told E! News that Rihanna and Drake had split over their schedules but were “still in each other’s lives” as close friends.

However, by June 2018, Rihanna told Vogue that she and Drake no longer had a friendship but were “not enemies either.”

In June 2017, Rihanna was spotted making out with Saudi businessman Hassan Jameel while on vacation in Spain.

Things appeared to be moving fast when Jameel was seen out to dinner with Rihanna and her mom.

In January 2020, the couple called it quits after nearly three years together.