Who the fuck is Makhadzi

The African Queen songstress has been dubbed as the next Brenda Fassie for her fiery and sensational stage presence and her energetic performances similar to Tanzania’s Zuchu have made her one of Africa’s finest. 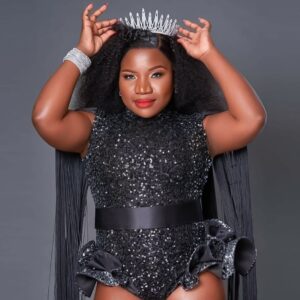 During the All Africa Music Awards (A F R I M A  2 0 2 1) Makhadzi was crowned  the best artiste in African Electro. Her album – African Queen – is out and available on Apple music, spotify and other platforms. Some of her hits include hit songs ‘Tshanda Vhuya‘ ‘Matorokisi‘ and ‘Marahu’ which thrusted her into the stardom.

According to Zimbabwe’s Nation in 2012, she released her debut album and has since dropped a total of six (6) albums as of 2020.

African music pays and it has opened doors and numerous opportunities for the singer. Makhadzi has traveled to several countries outside Mzansi including Nigeria, France, Mozambique, and Zimbabwe to hold fiery performances. Makhadzi was among the performers at the ‘2020 DSTV Mzansi Viewers Choice Awards’.

Makhadzi has many awards under her belt. In 2018, she was nominated at the TSHIMA awards for Best Tshivenda Dance Artist/Album of the Year, Female Artist of the Year, Tshivenda Song of the Year.

Finally the day I have been waiting for arrived .. lets all show love and stream my album #AfricanQueenAlbum https://t.co/90H893sRsl

Makhadzi is big news on social media and commands a huge following. On her Facebook page she has a whopping 5,543,818 people who follow her while another 1,367,366 people like her page. She is equally massive in Twitter and Instagram where she has 436.2K followers and 612k followers respectively. 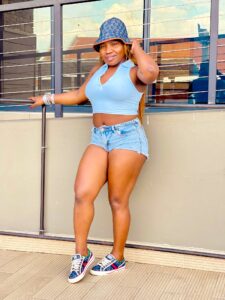 They say birds of the same feather flock together and that is exactly what Makhadzi has chosen to do when it comes to her dating life.

Makhadzi and Jerusalema hit maker Master KG have enjoyed an on and off relationship. Recently the couple sealed the deal with a passionate on-stage kiss that ended in Master KG declaring that Makhadzi is his wife. A section of Makhadzi’s fans, however, weren’t too happy with the reunion accusing Master KG of being an opportunist. According to them, he is only taking her back because all the hype around him and his music have died down.

Also Read: Where to Get Elite South Africa Escorts

Other men who have had a thing with the Matorokisi hitmaker include Zwivhuya Nelwamondo, the Chief Executive Officer of Lwams Africa.

Makhadzi has in the past been embroiled in a cheating scandal with South Africa’s dancer and musician Babes Wodumo who accuses her of sleeping with her husband, entrepreneur and musician Mampintsha Shimora. Makhadzi has, however, refuted the claims going as far as saying it was just a publicity stunt by Babes and Mampintsha can’t even satisfy her bed since he doesn’t have the proper tools to do the job. 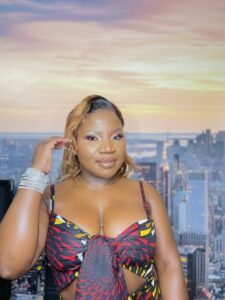 Since dropping her first song ‘Muvhangowhich’ in 2012 Makhadzi has been winning big from gigs across the world and royalties. She has quickly become one of the most sought after musicians in South Africa. Her bookings have skyrocketed in the wake of her newfound fame, and she doesn’t charge less for gigs.

Rumour has it that the star-performer doesn’t charge anything less than R50 000 for bookings. It has been revealed that she makes around R850 000 per month of late.

So much is Makhadzi in demand that Zimbabwe’s Secretary for Finance and Economic Development – George Guvamatanga, gave her a whopping R1.5 million rands after performing for him on his birthday. She recently showered her mother with a million-dollar house as a token of appreciation before she stunned Mzansi with her million-dollar mansion in Limpopo.

Makhadzi is not shy on spending and to cap her celebrity lifestyle, she has capped her celebrity status with exotic cars and designer clothes. She is also big on giving back to her community through donations and community assistance projects, something that has earned her the title the Queen of Limpopo.