The adult entertainment scene is often seen as the poster child of immorality and the cause of all social evils.

It’s not surprising therefore why some people look down on sex workers and move out whenever a new entertainment joint opens up in their area.

However, contrary to popular opinion, adult entertainment spots in your neighbourhood is actually a good thing.

As controversial as it may sound, adult entertainment establishments actually keep your neighborhood safe.

According to a new research by Oxford University,  Strip Clubs, Escort Services, Adult Bookstores and Adult Movie Theatres do lead to a substantial fall in sex crimes within local communities.

The findings published in The Economic Journal, revealed the presence of Adult Entertainment Industry may significantly minimise crimes in relation to sex in your neighborhood.

Researchers, who analysed crime statistics from a New York precinct, found the presence of an adult entertainment establishment caused a 13 per cent fall in sex crimes in the area one week after it opened its doors.

“Surprisingly, we find that within the time studied, adult entertainment establishments decrease sex crime and have no effect on other types of crimes. ” Dr Maria Micaela Sviatschi, assistant professor in economics and public affairs at Princeton University, said as quoted by The Independent 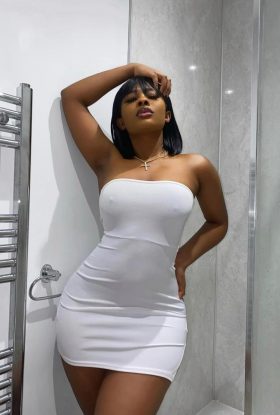 The study was carried out between Jan 1, 2004 to June 29, 2012 in New York City, due to its controversial stop-and-frisk policing policy (a policy by the New York City Police Department of temporarily detaining, questioning and at times searching civilians and suspects on the streets for weapons and other contraband).

The findings also ruled out the common stereotype that these establishments may attract criminals, such as drug dealers. This suggests that the results on sex crimes are not driven by an increased police presence on the streets. The researchers also found no negative effects on the bordering neighborhoods.

Exotic Africa, the leading ebony and exotic escorts directory in Africa, could just be the key in ensuring safety in your hood. Check out Exotic Escorts from more than 24 countries including Kenya, Nigeria, Ghana, South Africa, Egypt, Tanzania, Uganda among others.