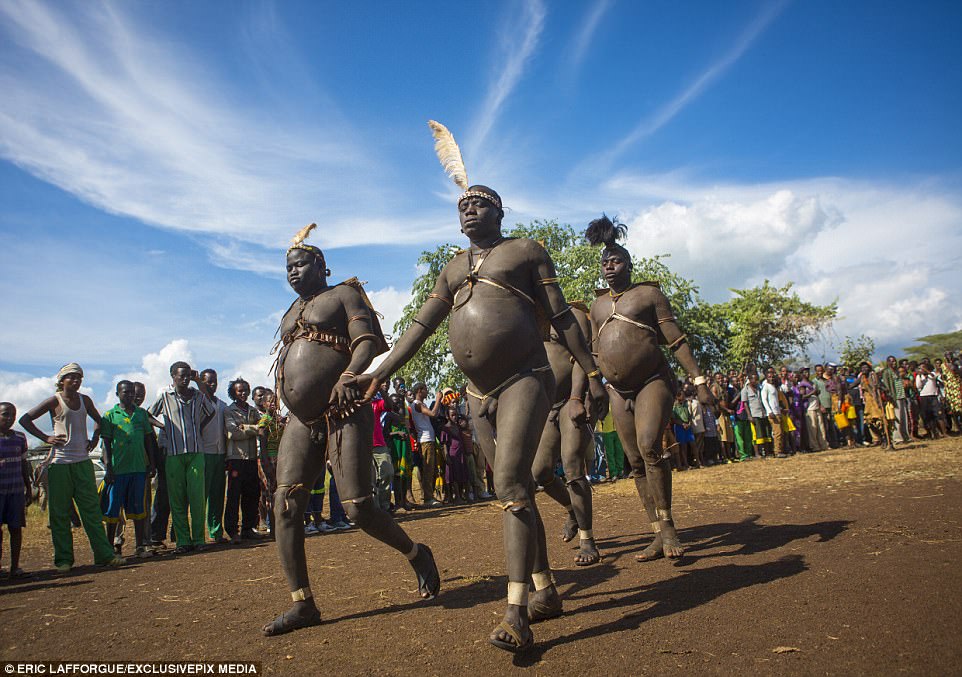 Across the globe, many people cherish how modern their lives are. The simplicity of buying anything from sex to the latest gadget with a click of a button makes them swear they have made it and life couldn’t get any better.

There is a community of people who, however, couldn’t care less about being modern. Their way of life hasn’t changed much from how their ancestors used to live thousands of years ago. They loathe modernity and deeply value tradition.

One such people are the Bodi tribe who reside in a remote valley in Ethiopia and a visit to one of their villages feels like talking a trip down. The Bodi are one of the ethnic groups in Ethiopia`s Omo valley that have refused to change to the modern way of life and prefer their indigenous tribal pastoral life.

The Bodi or Me’en is the name of a semi-nomadic tribe living in the Omo valley, about 140 km from Jinka town, southern Ethiopia. South of the Bodi are the Mursi tribe.

The Bodi speak the Bodi language as a mother tongue, which belongs to the Nilo-Saharan language family. They practice pastoralism (livestock farmers) and grow sorghum, maize, and coffee along the banks of the river Omo.

Also read: Welcome to Eswatini; The country Presidents flock to watch up to 40,000 virgins girls bare it all and come of age

Their lives revolve around their cattle herds with livestock playing a large role in the tribe. Livestock plays an important role in marriage, divination, and name-giving rituals.

Their cows are so special that there are over eight words to describe different colours and patterns. Their main staple food is cow’s blood mixed with fresh milk and honey. Rather than kill the cows, they make a hole in one of its veins to get the blood out and close it back with clay.

Money is useless here as they still engage in the barter trade system. They walk for hours to reach the weekly markets where they buy stuff by exchanging stuff.

They have a sense of Fashion

While Bodi dress is simple with the women wearing goatskins tied at the waist and shoulder and men fasten a strip of cotton or bark-cloth around their waist, they go out of their way to stand out.

The Bodi have a natural flair for fashion and they have one of the most diverse magnificent hairstyles (hair-cut) among the indigenous tribes in Omo Valley.

Where to Get Escorts in Ethiopia

This is perhaps one of the world’s last remaining traditions. Each year, between June and July, depending on the full moon and the rains. Bodi men compete to get as fat as possible in the space of six months. Every family is allowed to present an unmarried man for the challenge, who, after being chosen, retires to his hut and must not move or have sex for the duration.

For half a year he will drink nothing but fresh milk and blood from cows in order to pile on the pounds. Women and girls deliver milk and blood each morning in pots or bamboos. ‘The first bowl of blood is drunk at sunrise and the man must drink it quickly before it coagulates.

Although there is no prize for becoming the biggest competitor, there is a lot of pride up for grabs, and a large waistline is considered very attractive by bodi women.

On the day of the ceremony, the men cover their bodies with clay and ashes before emerging from their huts. In their birthday suits, so has not to hide any fat literally, they trek many miles towards the Kings’ village where the competition will be held. It is not unusual for competitors to lose their balance because of the amount of weight they put on to compete. Some even collapse during the journey because they’re so fat and unfit and have to be helped in order to reach the Kings’ village.

On the competition day, the contestants and the village folks assemble at the Bode King village where traditional warrior dance and songs rent the air to the delight of on-lookers. After the dance, the bodies of the contestants are measured by the elders who then decide who is the fattest winner.

The fattest person is then declared as the winner of the competition and is honored with great fame.