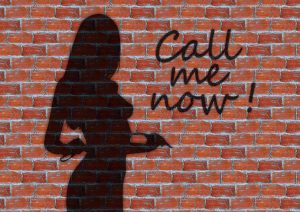 Prostitutes are considered to be highly experienced in sex. Some men hire them so as to learn new tricks and sex styles to use with other women.

To deal with rejection by the opposite sex

Sometimes, women do not go on a second date with a man whom they perceive as a poor performer in bed. Men loathe this kind of rejection, with some opting for sex for pay instead.

To lose their virginity

Most men hire prostitutes to break their virginity and become. Even though experts claim that hiring an escort to break virginity can be therapeutic, several men who have used this formula say it can be expensive and addictive.

There are men who cannot pursue a real relationship with a woman. They want a no-strings-attached fantasy with a hired sex worker. There is, however, another category of men who hate women so much that they believe the only way to humiliate them is by paying for sex. This condition is called misogyny.

Are there other reasons we have not covered? Please feel free to share in the comments box below.