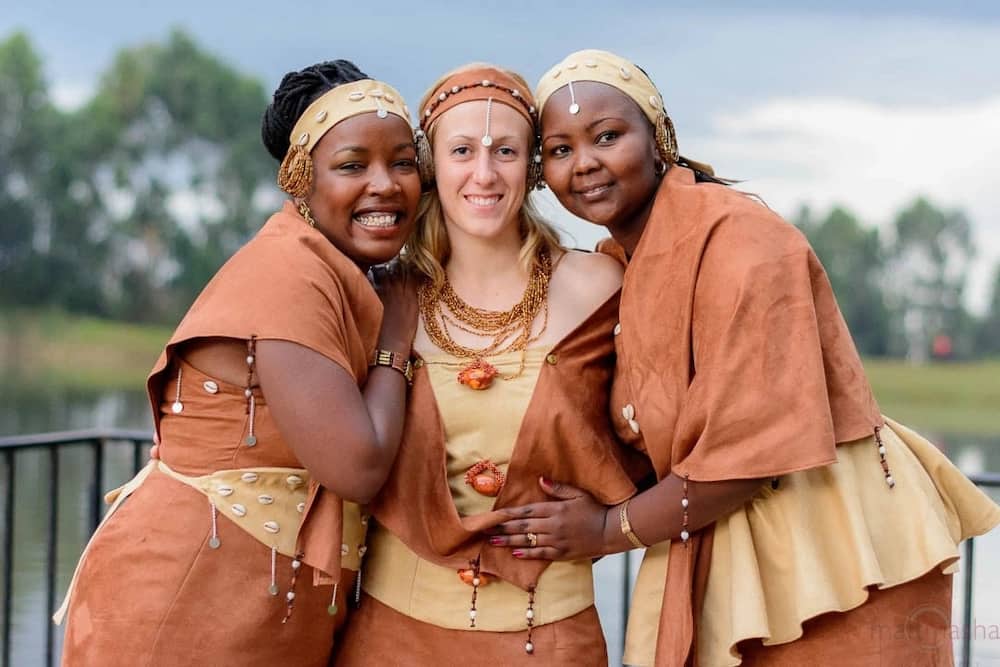 Thanks to their light skin which Kenyan men like to refer to as ‘yellow yellow’ their slender bodies and entrepreneurial minds Kikuyu women are one of the most beautiful and most sought after women in Kenya.

Apart from their ‘raw brown beauty’ that historians say also bewitched the white during British colonial rule in Kenya, Kikuyu women are known for their bravery.

One case in point that is still spoken to date is an incident which happened in 1922 and cemented Kikuyu women’s place in Kenya’s liberation struggle.

At a meeting in February 1922, Thuku told his followers to refuse to pay taxes and to stop working on government projects. By this time, his ideas constituted a direct challenge to colonial rule, and he was arrested. After Thuku’s arrest, the EAA called a general strike, mobilising a crowd of more than 7,000—mostly men—to march to the police station to secure his release. Only 150 women attended this march. When the crowd was requested to disperse, the women became angry because they felt the men were capitulating to the authorities.

In an act of traditional symbolism, one of the women in the crowd pulled her skirt above her shoulders while at the same time ululating and heaping verbal scorn on the men, implying that the women would do what the men should have. Others followed. By raising their skirts, the women were offering to exchange dress with the men and take their trousers —a symbol of manhood. It was a well-understood insult. The symbolism was effective in taunting the men and signalling the women’s repudiation of their authority, and the women’s challenge and the sound of their ululations stopped the larger crowd from dispersing. In the ensuing agitation, the crowd lunged forward, the police opened fire, and 21 people, four women, were killed. Many others were injured

Although short-lived and unsuccessful in releasing Thuku, this incident was a strong testimony to the latent political dynamism and determination of Kikuyu women to defend their rights. The women had used a ritual practice to score a political point; an exclusively female institution had challenged both traditional male monopoly on political power and colonial authority. The bravery and ingenuity of the women was enshrined in the Kanyegenyuri song that inspired later female militancy. Their actions also showed that while the women did not wield as much power as men, they had the critical capacity to mobilise themselves quickly and over a wide area, and had the institutions and traditions to deploy when necessary.

Some speculate that the unity shown by the Kikuyu women at this point may have been as a result of ‘oathing.’ Oathing was a practice that involved members swearing their allegiance to the nationalist cause. It undoubtedly raised women’s levels of political consciousness and helped create the discipline and unity required to spearhead the attempt to rescue Thuku.

There is ample evidence of Kikuyu women coming together in succeeding decades to protect their interests, including by organising strikes and trying to better their work conditions. In 1934, thousands marched on the Meru administrative station and demanded that corpses buried under the Native Authority Ordinance be exhumed, because the burials had caused a drought.

Such ventures into the political arena by Kikuyu women are all the more remarkable because, as a group, women in Kenya had largely been excluded from modern education and from any formal participation in the colonial political system. They confronted an informal coalition of African and British male attitudes. At an institutional level, Kikiyu women became frustrated with the fact that their activism was reduced to supporting men. In 1930, they split from the EAA and formed their own association, the Mumbi Central Association. When conditions demanded it, then, Kikiyu women showed that they had a strong political voice.

Portions of this article was extracted from africanfeministforum