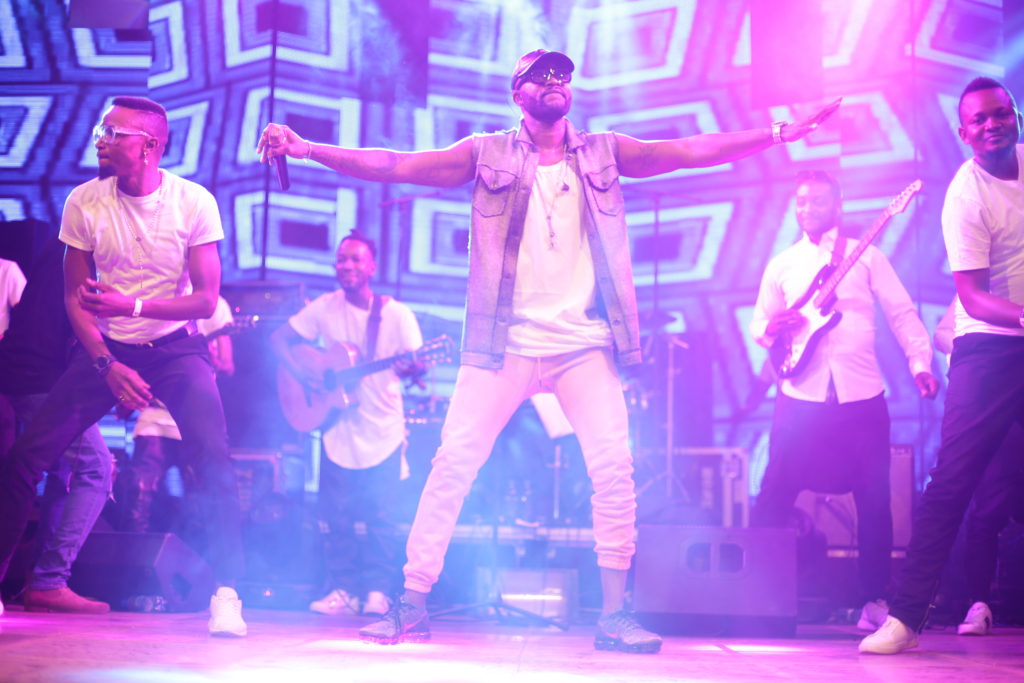 Every weekend you will find such Kenyan women hanging around clubs like vultures. Most are in their mid-30s to 60s and dress in clothes that show more than it covers.

These women, mostly lonely married women whose husbands are out of town on business trips or further studies, are alleged to maintain the Congolese artists. Others are single women with well-paying jobs looking for a nice time since they are not in serious relationships. Such women have no qualms sampling the best of Congolese machismo, you know.

“Why lie, these guys are in their own class. They are terribly romantic and are very good where it matters.

I did some research and here are reasons why Why Kenyan women get wet and go wild over Congolese musicians.

Congolese know how to dress

Congolese people are known for taking pride in their appearance – the adage is that they would rather dress well than eat well. The same goes for Congolese musicians.

Most Congolese musicians have bleached their skin and their clothes are brand new designer wear. Their shoes are the latest make and their colognes and aftershaves are the loudest in town. It is obvious they take a lot of time grooming. In fact, throughout their performances, fascinated audiences spend the better part of the night discussing their flashy clothes and sense of fashion rather than the talented voices.

According to an insider who has worked with congolese bands it is not so much the honey-coated voices and ndombolo moves that attract women like bees to nectar, but their manner of dressing. He says from hair to toe, the Congolese artistes have swag; they wear wet curly kits, pierce their ears, noses and tongues and adorn them with jewellery.

Take Congolese music star Koffi Olominde, who is one of the most well dressed musicians in the continent of Africa.  Olominde has an absolutely unique style from the rest as he has a very nice and attractive dressing style that is admired by many and he has some if the best and most expensive clothes.

The streets of Kinshasa and Brazzaville are brightened by flamboyant suits and bold patterns. The streets of Congo are home to the Sapeur. A Sapeur is a member of La Sape. This is an abbreviation based on the French phrase Société des Ambianceurs et des Personnes Élégantes (Society of Ambiance-Makers and Elegant People). It also refers to the French slang word “sape”, which means “attire”.

Congolese musicians value women and don’t hide it. If you listen to their songs they are full of praise for women. They have time for women and know that without them, their music business is no more because they constitute a big chunk of their fans. They have a way with words; very poetic when talking to women. And always smells lovely.

This quality makes them irresistible to Kenyan women.

“They know how to make a woman feel special. I left my boyfriend, with whom I had a child, to move in with one of them. I paid the rent, gave him money, bought him food, clothes, booze — everything. I was just crazy! When he dumped me and left for Kinshasa, I almost died.” says one Kenyan woman who sought anonymity.

French automatically brings out a husky voice in men and a breathy voice in women, something everyone finds attractive.

There have been several studies proving that women find men with husky voices attractive, as they prefer the voice of what is seemingly a large but non-aggressive person.

Now add a tinge of Lingala and small small Swahili in the mix and Kenyan women go gaga and you will have them eating from your palm.

On top of that, Kenyan women also love “foreign goods” so Congolese musicians who love bleaching their faces to get that ‘foreign look’ are just perfect.

Even though Congolese musicians occasionally color clash, there is no question that all their clothes are bought brand new from shops, especially Dubai compared to Kenyan Benga musicians who seriously need to style up.

Congolese musicians have no time for ‘iron-resistant’ mitumba (second-hand) trousers which, in the dim light, resemble aliya (dried meat) or obambla (sun-dried tilapia).

Go to any live concert and watch how Congolese musicians know how to shake their waists. In the eyes of a kenyan woman it means only one thing, the guys knows how to fuck a woman until he orgasms. The movements of their waists as they dance is also very suggestive and leaves no doubt what they are capable of in bed. If you add a sex-starved Kenyan woman in the mix and she will get wet before the night is even over.