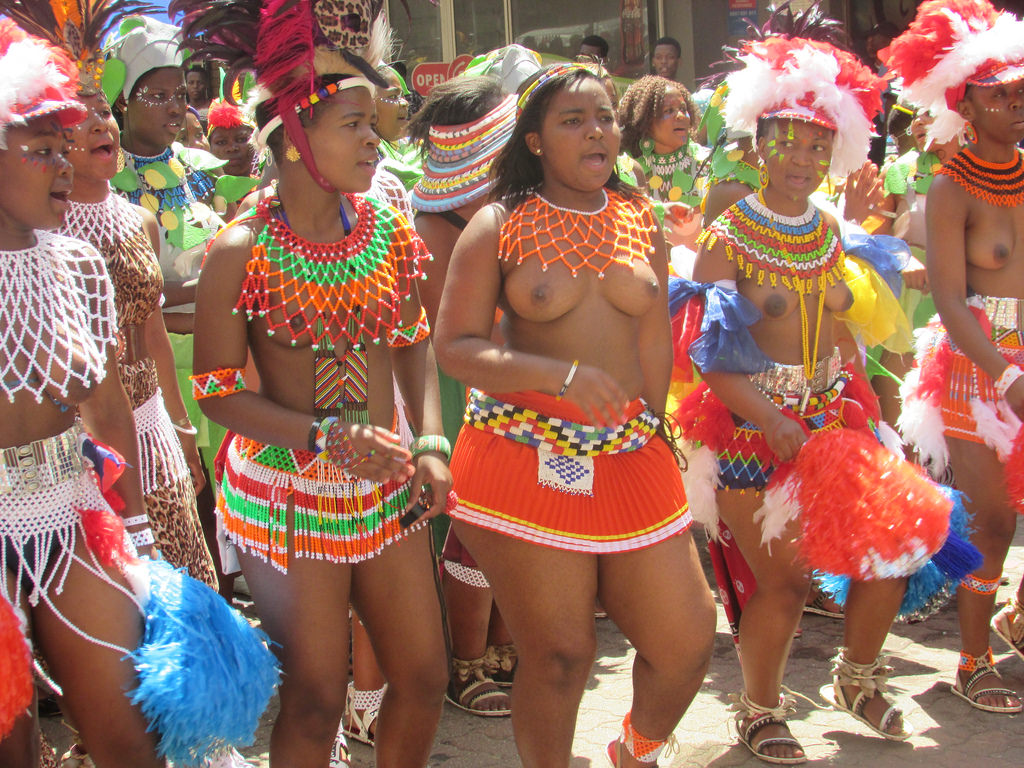 They are few cultural ceremonies in the world today which can hold a candle to Eswatini’s (Swaziland’s) annual reed dance. Religiously followed by millions of fans across the globe and attended by Presidents, the annual Umhlanga or Reed Dance ceremony is a must attend affair for any man and woman who wants to get a glimpse of Africa’s last nubile virgins ready for picking literally.

Only dressed in brightly coloured short beaded skirts with colourful sashes with their bosom exposed, as their customs stipulate, up to 40,000 maidens take part in the eight-day ceremony held in Ludzidzini Royal palace. So, popular is the ceremony, I mean who will skip a chance to see a sea of dark, nibble, exotic, sexy and sweet virgins yearning to be deflowered and have their first real sexual encounter slip them by just like that, who?

One such African man who clearly knows the perks which comes with Umhlanga not just feasting his eyes but probably having his balls thoroughly emptied is none other than 63-year-old Zambian President, Edgar Chagwa Lungu.

In 2017, he was the guest of Swaziland’s King Mswati III at the annual Umhlanga and well, we can only assume he had the time of his life otherwise what a waste it would be. Energetic and randy former South African President, Jacob Zuma has also graced the event.

Young girls just out of their teens parade themselves half naked with their firm yet soft African breasts all out and display culture and tradition as they sing and dance for the King who chooses a new wife at the end of the ceremony. King Mswati III currently has 15 wives and 23 children and who would blame him when such is life. I know men and some women who would kill to live his grand and sex filled life even for a minute.

The maidens cut reeds hence why it is called the reed dance and present them to the Queen Mother (Indlovukazi) – ostensibly to repair the windbreak around her royal residence – and then dance in celebration.

Holding the knives they used to cut the reeds as a symbol of their virginity, they march to the forecourt of the King’s palace where the royal family, guests, tourists and the public are seated – making it one of the biggest and most spectacular cultural events in Africa.

Among many other values, the ceremony aims to; preserve girl’ chastity, provide tribute labour for the Queen mother and produce solidarity by working together. Application of make-up and wearing of hair weaves is not allowed during the colourful ceremony.

The event takes place around the last week of August / first week of September in the Lobamba area, next to the Ezulwini Valley.