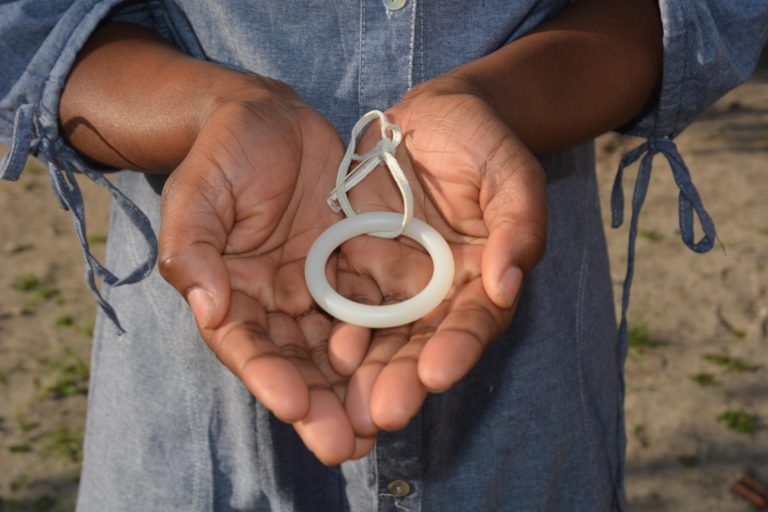 Voila! The vaginal ring ready to hit the market

On Monday, the International Partnership for Microbicides (IPM) welcomed a positive opinion on the use of  the vaginal ring, the first long-acting HIV prevention product in the market.

The European Medicines Agency (EMA) has given the dapivirine vaginal ring – designed to reduce the risk of HIV-1 infection in cisgender women in developing countries – the green light.

“The EMA’s opinion is a significant step forward for women, who urgently need and deserve new, discrete options to manage their HIV risk on their own terms,”  said Dr. Zeda F. Rosenberg, founding chief executive officer of IPM, the nonprofit that developed the dapivirine ring and is the product’s regulatory sponsor.

HIV is still a menace despite numerous strides having been made over the years. In 2017 alone, nearly 870,000 women and girls acquired HIV, according to UNAIDS.

How the dapivirine vaginal ring works

The circular ring is placed in a woman’s vagina as the name suggests. The ring is made of a flexible silicon matrix polymer so it doesn’t hurt a woman. Once placed inside the vagina the ring, which contains the antiretroviral medicine dapivirine, slowly releases the medicine over a period of 28 days.

The ring delivers dapivirine directly at the site of potential infection, with slow systemic absorption. Dapivirine reduces the risk of HIV-1 infection after 24 hours of ring insertion.

The ring is a major breakthrough

The vaginal ring won praise primarily because it gives women an option they didn’t have until now. Women who choose not to or are unable to use the daily oral antiretroviral (ARV) pill known as PrEP (pre-exposure prophylaxis), a  popular HIV prevention method more widely available in Africa, can now rely on the ring.

Despite their effectiveness, not all women are able to use Oral PrEP.  In addition, although condoms are indicated for use with the ring, they are not practical for women who are unable to negotiate their use with male partners or who are at risk of sexual or intimate partner violence.

“Women in Africa have been left behind by progress against HIV for far too long, and today’s announcement is a landmark for women’s HIV prevention,” said Dr. Linda-Gail Bekker, professor of medicine and deputy director of the Desmond Tutu Health Foundation, immediate past president of the International AIDS Society and national principal investigator for South Africa on The Ring Study, Medicalxpress quoted him as saying.

“Offering women multiple methods like the monthly ring and daily oral PrEP is vital to controlling the epidemic and to ensuring their sexual and reproductive health and rights.” he added.

Whats’more, during research it was found that the method reduced the risk of HIV-1 infection in women by 39 percent and was well tolerated with long term use.

Way forward for the vaginal ring

IPM now plans to submit the first applications this year to countries in Eastern and Southern Africa where studies of the ring took place. The countries include Kenya, Malawi, Rwanda, South Africa, Tanzania, Uganda and Zimbabwe.

The organisation will also submit an application to the US Food and Drug Administration this year.

One thought on “Voila! The vaginal ring that protects women from HIV for close to a month”