Sale of alcohol in restaurants and eateries banned

On July 27, President Uhuru Kenyatta issued an order barring the sale of alcohol in restaurants and eateries for one month across the country. Bars and restaurants also came under the same hammer and were ordered closed, in addition to an extension of the nighttime curfew imposed in March as the country tried to curb the spread of the coronavirus.

The order turned upside down the lives of bar and restaurant owners who were already on the receiving end of the pandemic. Many were left to watch in pain as their stocks turned bad and the last clients slowly faded away.

Their pain and frustrations, however, doesn’t come close to a set of workers who kept the ‘bar industry’ alive but are now locked out and left to wither.

“The girls will lose more than Sh20 million ($200,000) during the period because the bars and joints where they used to operate have been closed. It basically means they cannot access their workplaces,” Fellister Abdalla, Kenya Community Sex Workers Coordinator said as reported by the Standard.

UNAIDS estimates that there are 133,675 sexual workers in the country.

Sex workers are set to lose over Sh20 million 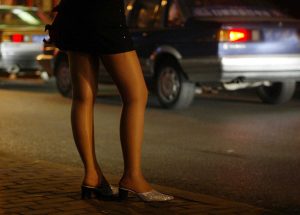 Sex workers in Nairobi are set to lose over Sh20 million ($200,000) in revenue in the next 30 days that bars and brothels will remain closed. Sex workers, whom many had been left on their own devices with no government support since Covid-19 broke out, had bars and restaurants as their last resort. Thousands of women earn their living from ‘serving’  men who frequent bars are now doomed to suffer from ‘acute dry spell’ without cash to pay rent and feed their children.

The national government is yet to release any funds or directed aid to sex workers, according to the Kenya Sex Workers Alliance (KESWA).

So dire is the situation that some of the sex workers have been forced to now solicit customers in estates where they live, which exposes them to violence. Some sex workers have even lost their lives after demanding payment for services rendered from mean clients.

KESWA, says shutting of bars and nightclubs, has left sex workers in Kenya to either work during the day and be very visible or to break the curfew at night. It adds more than 50 sex workers have been forcefully quarantined so far since the pandemic broke out, and women have been arrested for not adhering to the social distancing rules and obligatory mask-wearing.

“How do you expect women to adhere to these measures when they cannot feed themselves and their families and many of them don’t even have homes?” Carolyne Njoroge, a former sex worker who now works with KESWA fulltime says.

With sex workers out of bars and restaurants, other businesses have also taken a hit. waitresses, taxi drivers, food vendors, DJs and other people whose livelihood is directly linked to booze and pubs are now jobless.

Sex workers are now pleading with the president

Kenya Community Sex Workers are now pleading with the president to come to their plight and support them during this harsh period.

“The president can even support us with food while Nairobi Woman Ether Passsaris should think about us because I believe she understands women issues,” says Abdalla.

Sex workers are now thinking on their feet

All is not lost though and some sex workers are adapting to these trying times by changing their workplaces in the face of being left high and dry with no place to work.

Escorts are now moving online to continue working and meet their old and new clients. Working online is also much cheaper and safer. They can meet clients on their own times and don’t have to prowl the streets searching for clients.

One thought on “Sex workers on ‘dry spell’ after bars and brothels closed, lose over Sh20 million”