With less than 30 days to Africa’s most Prestigious Football Tournament, The African Cup Of Nations(AFCON), the excitement sparked by the business and social prospects in Cameroon is unmatched. The 33rd edition of the Africa Cup Of Nations will be hosted in five cities and six venues spread across the home of ‘The Indomitable Lions’. Economic trends experts project rapid growth in business a few days before January 9, when AFCON commences, all the way to, and after, February 6 when the tournament ends.

Prostitution will boom! On that note, prostitution in Cameroon is illegal, but tolerated, especially in urban and tourist areas. In the capital, Yaounde(one of the host cities), prostitution thrives. You can’t miss ashawos in Mini Fermer, a street in the capital, trying to profit from their literally, fucking business.

Also Read: Where to Get Cameroon Escorts

Before we get to how much they are going to charge, here is what to expect in Cameroon:

What is Cameron Known For?

The Central African country has one of the highest literacy rates on the continent. The official languages spoken in Cameroon are French and English because Cameroon was colonized by France and Britain. However, there are still up to 230 other languages that are spoken, divided into 7 groups. The largest is the Niger-Congo where 169 languages are spoken.

Cameroon is well known for its native music styles particularly Makossa and Bikutsi, and for its successful national football team, ‘The Indomitable Lions’.

The AFCON was originally scheduled to be played in June and July 2021, but the Confederation of African Football(CAF) announced that due to unfavorable climatic conditions the tournament would take place next year in January and February. This is the best time to travel to Cameroon. Although the Harmattan winds blow, the weather is cooler and drier. 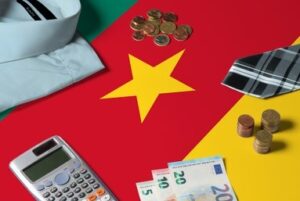 A report reaching Africa’s Leading Adult Blog can confirm that ashawos in Cameroon (escorts in Cameroon) have increased their prices ahead of AFCON. The imminent arrival of tourists and entrepreneurs has led to a spike in the rates on services by commercial sex workers. Cameroon women are known for their thick thighs and huge butts. Their varying skin complexions are also very attractive, meaning you could get the exotic escort of your choice. Just as in every business, the demand will rise. The escorts in Cameroon know this for a fact and that is why we have this reviewed price list from a long-term ashawo in Cameroon whose name cannot be mentioned:

There are plenty of prostitutes in neighborhoods like Kwasa Kwasa in Douala, Church Street in Limbe, Rond Point Essos, and Rond Point Nlongkak in Yaounde. However, escorts online offer privacy as well as a much safer way to get the services you need. Book an escort, chat online, and find out if you could actualize your fantasy with Exotic Escorts Africa.