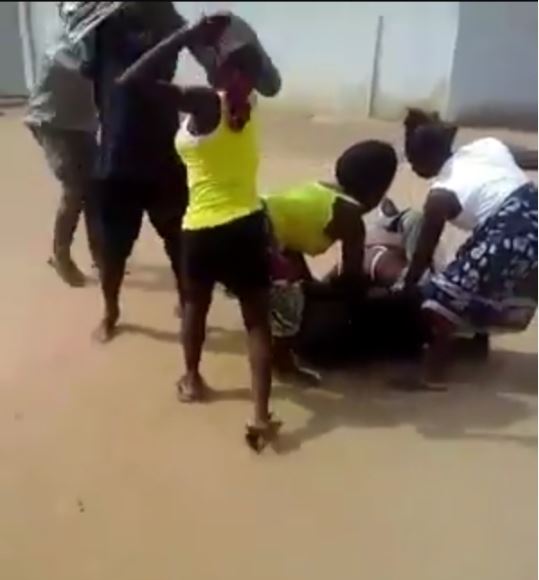 Man undressed and beaten over failing to pay an escort

A man is nursing serious injuries after he was clobbered for fucking an escort and failing to pay her her dues.

Jackson Ofwono, a vehicle mechanic in Kampala, walked into a brothel located at Kamwokya in the suburb of Kampala city and picked a sex worker.

According to one of the sex workers, Ruth Nankabirwa, Ofwono negotiated with the sex worker and they agreed on the amount for over night fucking.

“Ofwono took our colleague to a lodge next to the place where we operate from where he drunk a lot of beers and ate a lot of roasted chicken with our colleague.” said Nankabirwa.

Come morning there, the sex workers were rudely awaken after their friend sounded an alarm which attracted some of them to rush to the lodge room to see what was amiss.

By the time they reached there, they found the escort holding onto Ofwono ‘s coat like her dear life depended on it so that he could not run away.

“After telling us that Ofwono had refused to pay the money they had agreed on and was attempting to flee, we grabbed him and undressed him.” said Nankabirwa.

Ofwono pleaded with the sex workers that he had used all the money he had to buy beers  and chicken which they ate and drunk with their colleague but the more than a dozen sex workers could hear none of it. They grabbed his mobile phone and confiscated it.

The sex workers also beat him up before pushing him out of the lodge while naked.

He fled into a nearby shop where the owner hid him in a store until when he helped him with a phone to call his friends and relatives. His brother brought him clothes which he wore and walked out of the store in total shame.