What is it about curvy women that make men go gaga?

It doesn’t matter you guys maybe in the middle of a hot climate change discussion blowing hot and cold only for a curvy woman to saunter by and all men pull the ‘Mannequin challenge.’ 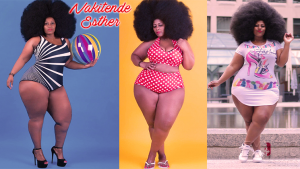 Some men even take it a notch higher. The internet is awash with videos of many men, some even whilst on dates, ogling at big rounded women before they were painfully brought back to reality.

How about we take a walk into the men’s room and eavesdrop on what exactly makes them go nuts over big asses, big boobs and big cheeks.

A curvy girl can handle anything 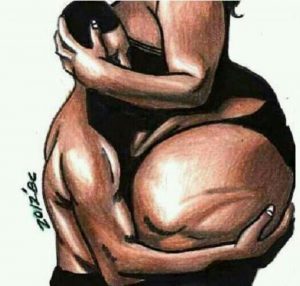 A friend of mine confessed to me that the reason he can’t get over curvy women is that inwardly he feels like they can handle anything. Like curvy women are built to last and can anything ‘coming their way’

He once dated a skinny girl and he was afraid of hurting her the whole time they were having sex. She came off delicate like a little china doll would rather put on a shelf and not touch her. You don’t go about playing with fragile goods, do you? it written clearly ‘handle with care’

Welcome to the world of Gabriella Lascano, Tess Holliday, Ashley Graham, Sanchoka, Eudoxie Yao, Corazon Kwamboka, Vera Sidika, Neomi Ng’ang’a and Grace Msalame to mention but just a few where everything is big and beautiful. Seriously who wouldn’t want to be a netizen there? Give me lifetime citizenship.

Also Read: Meet the Bodi tribe where big is beautiful and men compete to be the fattest for fame 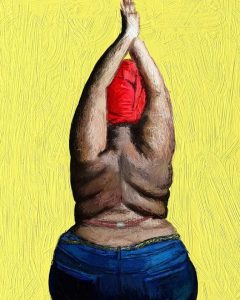 Sorry skinny girls but blame history; curvy is just classic beauty. Pause and take a look at all of the old, classic statues and paintings from Mona Lisa to a wet painting at Nairobi’s Kuona Trust Center. What do you see? Curvy woman with full cheekbones, big bumps, and busts staring at the future.

Nowadays, most TV commercials and music videos, especially those targeting the black community, use curvaceous models as the latest fashion, which further feeds into the tradition.

Food is bae and food is life! C’mon, let’s not even argue about that.

The majority of men love to eat and food tastes better when shared. When we go on dates it’s weird when we are the only ones digging in as you munch your carrots like a rabbit and insist you are not hungry even if your eyes tell a different story.

Men like curvy women because they eat with them and hey! food is sexy! You are a whole fucking juicy steak I want to devour. Men know too that a curvy woman won’t let them starve so everyone wins at the end of the day. 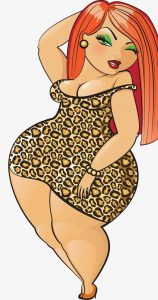 Some men put it more bluntly and declare ‘bones are for dogs’ but ‘meat is for real men’. It’s not completely baseless. Curvy women are softer and men like to be the strong ones in the relationship. Being strong as Samson also plays well in men’s mentality of being the ones providing security.

Also Read: How to enhance your feminine curves

Come to think of it, at the end of the day it’s also more satisfying for a guy to curl up and snuggle someone soft and round than it is to snuggle up to bones and sharp elbows.

Well-defined curves on a woman make them appear motherly and mature especially in the African setting and we all know men and their mothers. 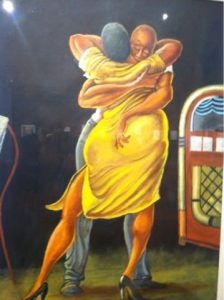 ‘I started growing and just stopped’  does it ring a bell? Most men see lean women as “tomboys” and “child-like” who haven’t completed the growing cycle or as Kenyans like to say ‘Hawajamaliza chanjo’.

To some men, dating a skinny woman is like having a relationship with a fellow dude.

Experience is the best teacher and history shows that men will always gravitate towards women on the rounder side, of course with a few exceptions here and there so how about curvy women really step out and flaunt what their mama gave them….if we die we die.

Men also like curvy women because, generally, they look younger. Chubby cheeks combined with curvy bodies is lethal. The extra fat under their skin has a way of greasing off wrinkles making curvy women look ageless.

Fleshy women also look smooth and take it from me they also feel smooth under your palms. You can’t help it sometimes but just grab and dig in…ooh it’s heavenly.

Curvy women are healthy and fertile 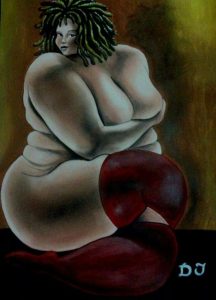 Childbirth is no child’s play and so wide hips and big boobs symbolize ‘fertility’ they always have. History is replete with accounts of women with curves seen as good for childbearing and men associate curves with that notion.

In the African setting, where drought and famine are quite common, a lot of regards is given to people with big bodies since they are considered healthy and wealthy. As for curvy women, their fuller body shapes are seen as a sign of improved health and fertility. Some men believe that a curvaceous woman has a better chance of bearing healthy children.