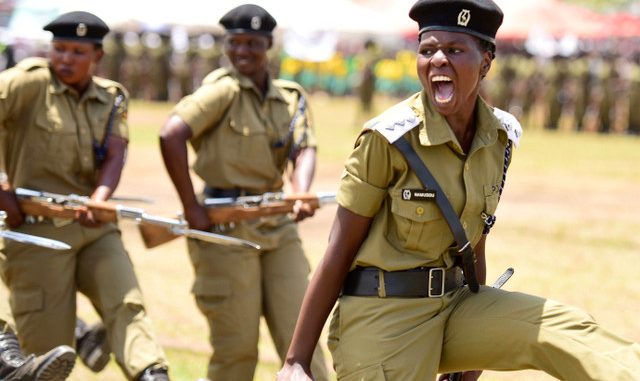 Sex workers given state security to sleep with men

In one of Kasangati municipal council parishes called Bulamu, there is a brothel called Texas which is popular with clients of the flesh. The owner of the brothel has hired police to guard sex workers as they go about their business of sleeping with men. According to area chief, Thomas Mbalule, the brothel has over 30 sex workers of all types.

”There are all categories of sex workers in Texas. There are young ones aged 18 to 20, those between 20 and 30 and there are mature ones aged over 30 years,” said Mbalule.

Mbalule says that unlike most of the brothels in Uganda which were closed because of COVID19 lockdown, Texas has remained open all through.

”The owner of the place dealt with some corrupt police bosses and they gave him some policemen to guard the place. No one can come here to stop the sex workers from doing their thing,” said Mbalule.

Men can’t get enough of Texas because of ‘tight security’

The area chief adds that because of the security provided by police, the place is very popular with men seeking services of sex workers.

Mbalule says that everyday over 100 men go to Texas and sleep with sex workers under the guard of armed policemen.

”That is the safest place in the country to buy sex. The place is guarded by armed policemen and no one can disrupt the pleasure of those who go there.” One of the men who claimed that he visits the place twice a week said.